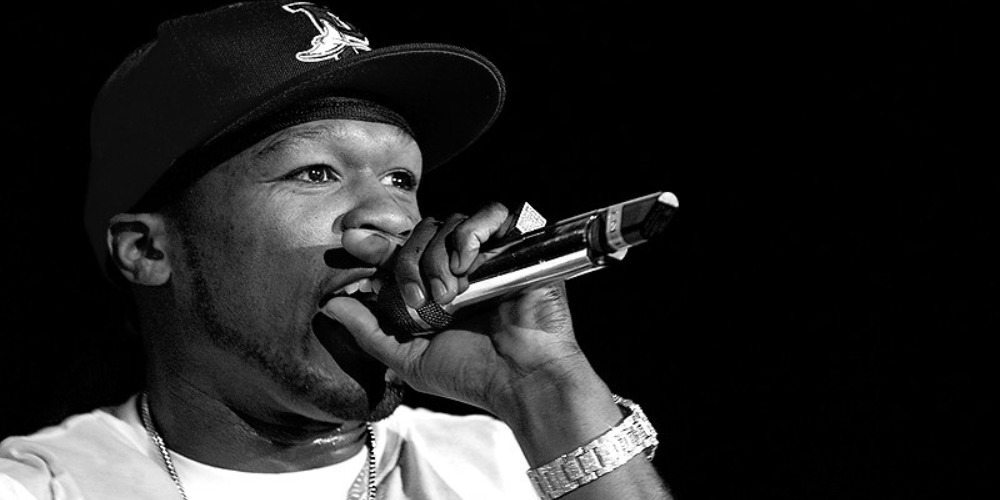 Many rappers love gambling. Few of them, such as Jay-Z, were even actively supporting the legalization of gambling in several states. Because how could they play their favorite games on a big scene, if it is illegal? If you like music and casinos, then this article is written just for you. We collected the most famous gambling rappers. Many rappers are enjoying fine casino games. It is not rare to run into gambling rappers at any online or retail casinos you are visiting. Casinos are also a great way to make connections.

50 Cent is known as the biggest gambling hip-hop artist. He is publicly assisting and supporting celebrity fights. He is also mentioning casinos and gambling in many of his songs. According to the information of Bleacher Report. Placing well over 1.5 million dollars on Floyd Mayweather Jr boxing against Manny Pacquiao. He claims to be and is proven to be a true player. And players are coming in the same package as casinos and bets. 50 Cent is also enjoying sports events, especially boxing. He is one of the people who gamble as a hobby. He is also known for being an online internet troll. The odds for him being an online casino player is not unimaginable. If you see any people at the table with the nickname 50Cent, then you might be a lucky person meeting him in the virtual world.

Jay-Z is the most successful hip-hop artist of our time. According to News Week, He casually makes moves such as renting out the Louvre Museum to make a video clip with his wife, Beyoncé. He was not only gambling with his favorite card game, Black Jack. But he also gambled his musical career, by taking high risks on assisting artists who were not born to succeed.

Jay-Z is not only a hip-hop artist but a smart businessman and investor. He talks about this in his song, ‘The Story of O.J.’. You even have a chance to play against Jay-Z on the online casino sites in the US. He enjoys playing a lot of online casino games, and he also makes sportsbook bets. And if you are more of a fan of Jay-Z and retail casinos, we have good news for you. He is often visiting big Las Vegas casinos.

When we are talking about gambling rappers, we should mention P.Diddy. He is in between Jay-Z and 50 Cent when it comes to betting and casino games. Just like Jay-Z, his favorite game is Black Jack. And he placed a lot of money on the Floyd Mayweather Jr match. And he won even more than 50 did. According to the Boston Globe, P Diddy is rocking retail casinos very often with his close friends. It is evident that he is very successful and has a lot of money at hand to play with. Why wouldn’t he enjoy his well-earned free time, by playing a few matches of classy card games? He doesn’t look like the type who plays online casinos. I can more so imagine him playing with a circle of friends out of passion, for the feelings of it.

Drake is the most famous rapper of our time. Winning over four major awards such as the Grammys. While there is not much to know about his gambling life. There is a record of losing around $200.000 in a game of cards.

His gambling games are usually becoming huge media news, but he is doing his best to keep his private life away from cameras. Not as much as he works on keeping it a secret in his music. His new album ‘Certified Lover Boy’ talks quite a lot about his private life. He is also the youngest on the list of gambling rappers. But odds are, that he is playing at a private table with his friends. Still, if you are looking for a selfie with him, you might be lucky to run into him there.

Nelly is one of the gambling rappers. The rapper’s favorite game is Texas Hold’Em. He is playing a lot of card games. Just like Drake, his gambling life is not as popular as 50 Cent, and he is more of a player than a bettor. But admittedly, the superstar of the early 2000s loves card games. He participated in the 2007 World Gambling Poker tournament.

This tells a lot about how much he enjoys the game. It is not hard to imagine him inviting some of his friends over to his house for a night of poker. Or to even go out to the biggest L.A. Casinos and play at high-stakes tables. Nelly is considered to be the most infamous when it comes to public talk about casino games. Back in the 2000s, there were several articles about him.

In conclusion, rap became famous for the luxurious lifestyle most often imagined in Las Vegas. The rolling of dice, falling of cards and dollars. The rolling sound of the slot machines is all part of rap music instruments. The lifestyle of hustling and getting money by taking risks, alas gambling is the most respected among hip hop artists and rappers. If you wish to play some fine gambling games or even meet some of your favorite artists, then you should visit Everygame Poker. They have exclusive promotions waiting for you. We wish you good luck on your casino spree!