Kanye West Betting Guide: How To Place Bets On Ye 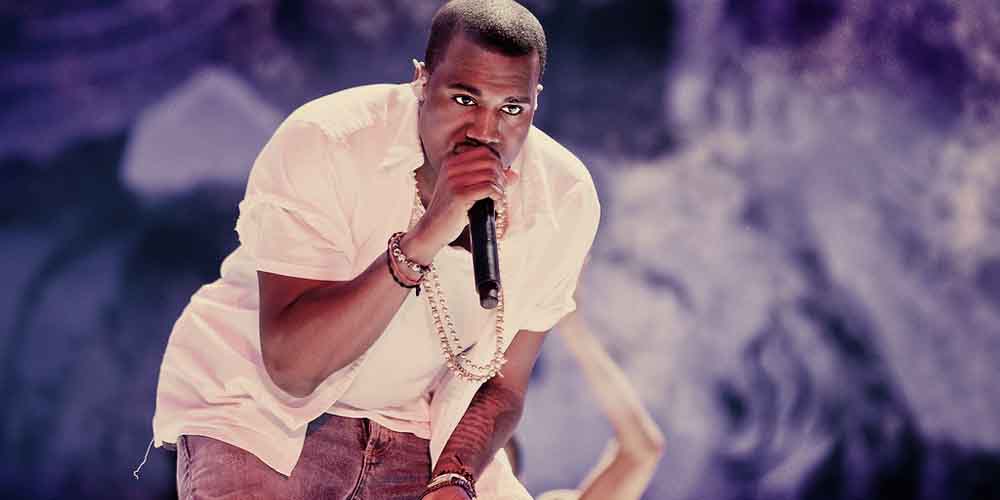 From his first album, The College Dropout, to his volatile relationship with Kim Kardashian, and his own sneakers brand Yeezy. You can bet on almost everything in the life of the world-famous Atlanta celebrity, Kanye West. We made a Kanye West Betting Guide for those who want to jump into placing bets but are not deeply familiar with the artist and the businessman behind it.

Kanye West is one of the most influential hip-hop artists of all time. He claims to be a genius, and in fact, he truly is. He is not only years ahead of others with his musical taste. But he is also a professional when it comes to advertising decisions. There were several occasions where he was manipulating the market with his tweets, while others were calling him insane. But it only made him insanely rich. No wonder why the bookies of the online sportsbook sites in the US are following every single step of his. Learn everything you need to know about him, in this Kanye West Betting Guide.

Kanye West is a person you can either like or dislike. But when we are talking about winning bets on him, it is important to recognize the traits in his activity and personality that could help us win more bets. In this Kanye West betting guide, we are going to cover the signs you need to watch out for, before finalizing your wagering decision. The basics you need to know about him is that he is a hip-hop artist. Claiming to be a loyal Christian, he is working on modernizing Christianity. He is trying to naturally bring God’s name back into the industry. And had a recent divorce from Kim Kardashian. He has a great taste for fashion and music. And he likes to share his opinions, a lot.

The best Kanye West betting guide might be his Twitter. Everyone knows about Kanye West’s Twitter dramas. He tends to post large amounts of tweets and even regrets some of them. Thanks to his huge fanbase, his deleted tweets are never truly under the surface. According to Billboard, he is going to meet Putin, just like he met Donald Trump before. The Sun reported his latest, most insane tweet. The more you see him on Twitter, the more sure you can get to not place bets on him remarrying Kim Kardashian again. The tamer he is acting, the more respect he earns from Kim Kardashian. Who is also supportive of his marketing decisions.

Kanye West is vocal about just about anything. No matter whether he is shouting at his friend, Sway on his radio. Or if he is giving a political explanation on why he is supporting Donald Trump. But to many’s surprises, whatever he says, usually makes sense. When he claims that he is going to be successful, he is going to be successful. There were very rare times when his claims were proven wrong, and even when they were, later whatever he said became true. Before placing your bets, check out some recent interviews with him. If he claims that his next album is going to be the best, he will deliver it. The same applies to his fashion brand, Yeezy, which is worth around $5 billion as a brand. He was also the chief executive and influence of Skims, according to the Mirror.

Kanye West is a family person. He lives and dies for his family. And his recent breakup with Kim did not break him. It was certainly leaving him with a hole in his chest. There are ongoing bets about the next partner of Kanye West. According to Kim Kardashian herself, it is very hard to live with him, as he has bipolar disorder. However, Kanye is doing everything for the family. If he is dating someone, it can be confirmed that at his age, he is ready for a second marriage. However, when he is married or in a relationship, it is also a safe bet to wager on him breaking up. Let’s see the most recent betting odds regarding Kanye West.

His most recent relationship with Julia Fox is supported by Kim Kardashian. She wants him to move on. However, Kanye West asked Kim to not be public about her relationship with Pete Davidson, while they didn’t divorce fully. There are conspiracy theorists, that all this break up was a business plan by the Kardashians, to distract the media attention from Travis Scott’s tragic Astroworld. But these rumors seem to be less and less true.

When placing bets on the genius that is Kanye West, you should understand the person behind the media personality. His media attention and marketing strategy are very effective. His claims sound insane and most people can’t resist clicking on them. But when he elaborates on the topic, he usually makes much sense. This way, he is keeping his listeners and followers hooked, while maximizing his profit and influence by letting haters win money for him. And whenever he does that, usually something about him is happening. If he decides to remain silent during the Grammy Awards, he is likely going to win a nomination or even become a winner. When he is active on social media, take it as he is planning something big. Using the drama to get attention, only to drop a crazy release.

Where to bet on Kanye West

In conclusion, Kanye West seems to be crazy. But he is having a huge influence over social media. And social media has a huge impact on his business. If you wish to place bets on Kanye West. Visit Bovada Sportsbook. Thanks to their custom wagers made on Twitter, they are usually up to date with everything Kanye has to offer. Because you can win big money if you are good with analyzing the marketing strategies of the West and the Kardashian.