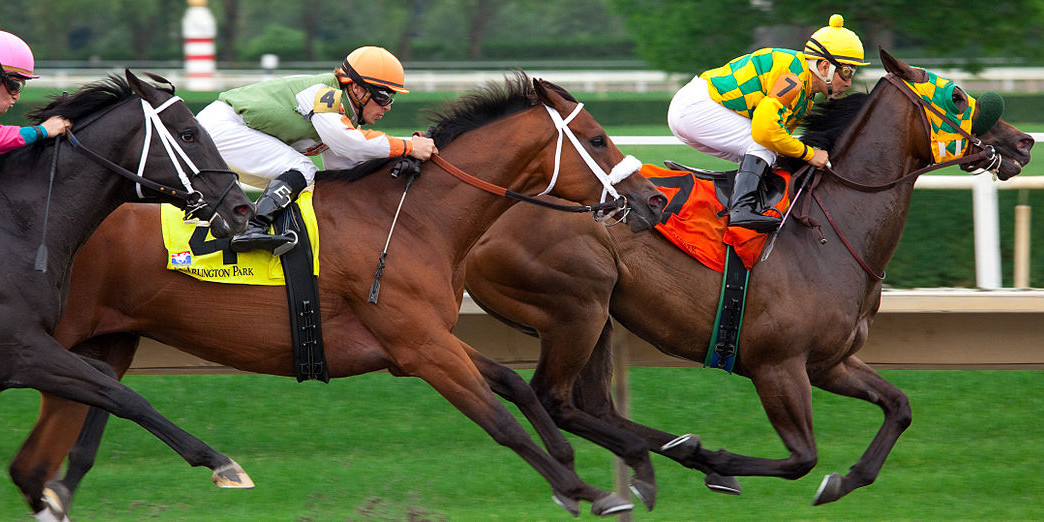 There are some ways to beat the lottery or horse racing but both need investments. Horse ringing is one of the riskiest ways. This is not a lovely story if you are an animal rights activist. However, we can add to the story that at the time they used ropes to trip horses on movies so the western scenes are more real. Today through online sportsbooks in the US, you have many options to make bets on any sports particularly. There is horse racing amongst others as well.

The 1920s were bad years in the US for alcoholics and gamblers. While the alcohol prohibition was going on till 1933, around the middle of the 20s the rules were softened. This radically increased the fever for attending horse races. This was coming handy for Peter Christian Barrie.

What is horse ringing

The Scottish swindler was painting horses. Well not with oil on canvas, but painting the real thing, like the Banksy of his own age, just without any artistic purpose. The main idea was that he bought two horses, a slow one and a powerful one. Then they were nominating the slow horse to a race for weaker horses. Then they were painting the fast horse to look like the slow one and they put it instead of the slow horse. Painting the horses was not the only weapon in Barrie’s arsenal. He was a dope doctor of horses and knew the exact amount of heroin that should be shot into a horse to turn it into a real hero.

The years at the army

Barrie had a long bound with stables. After he moved to Australia, in 1914 he joined the 6th light horse regiment’s C squadron. He was stating in his application that he is a veterinary dentist. He also said that he was treating the Brittish army’s horses for three years before. Being a crook he was not a big war hero. By May 1915 he arrived at Gallipoli where the allied forces were suffering their biggest humiliations at the time. In July he was having an infected foot so he was evacuated to a hospital. He was returning to his duty at the battlefield in August and was fighting for the honor of his country for a whole day. This time he was evacuated with violent diarrhea, which is actually my favorite excuse as well if I don’t want to work.

After doing some hard labor work for stealing a wallet he was settling down with his new maid in a hotel in London. As a family man, he was working as a horse-dealer. This is the time when he was developing his perfect method to make money with horses.

The Emeric Juettner of horses

Barrie was the best in his field of work, he was the father of the horse ringing. He was starting off by washing the horse with shampoo. After covering the horse’s eye he bleached the horsehair to be white. He had to find the perfect balance with the bleach. If he were using too much the horses’ skin was shrinking which slows down the horse if he didn’t use enough the paint would not work.

As paint, he was using henna which he was applying by his fingers. If the horse was foxy he was using stencils. If there were little dots he applied them with rubber stamper. For the nose, he was using silver. He was capable of changing the horses’ age by modifying their tooth with drill and hammer. He was also able to cut their ear-strings and give them a full-scale barber job. If the horse should have been castrated he was using ice cubes to shrink the parts that should be shrunken.

First steps as a professional crook – Trial makes the master

He was not only painting the horses but as I mentioned above he was a professional with doping them aswell. Since this knowledge is not written in the books he had to experiment himself. Happened in 1919 that he painted a 3-years-old horse to look like a 2-years-old one. On the first race, he gave the horse opium to slow it down and boost its odds. However, at the next race, he gave the horse too much cocaine so it was running around like crazy and became the very last at that race.

Also in 1919, he was painting a horse to look like the very poor Coat of Mail. Unfortunately, Coat of Mail was so miserable that nobody believed the scam. After the trial where a lawyer said about Coat of Mail that “It had never run before, it had never run since, and it did not run on that day,”, Barnie was sentenced for three years of labor work.

Moving to the US

Barrie’s love towards her wife was not as strong as his bond for horses and money. He decided to cross the ocean to make the American dream come true (on his own terms, with horse ringing). After spending his three years sentence at Dartmoor Prison, he was sailing to North America disguised as a priest. His disguise was so good that the captain of the transatlantic boat was asking him to preach a shipboard sermon on a Sunday morning.

The first success horse ringing scam in the states

Barrie was hired by two professional gamblers in 1926. They were giving him $2500 to buy a slow and a fast horse. Barrie was buying a horse named Kalakaua for thousands of dollars and another creature named Billy Dean for a hundred bucks. He was doing his magick in a stable of Washington Park race track. While Barrie was working, one of the gamblers were sitting in front of the stable whistling. If someone came near the stable the gambler started to whistle louder, so Barrie could cover the horses. Once he was done with the reshaping he put Kalakaua (who now was identical with Billy Dean) into a trailer and transported him to the Lincoln Fields track.

The gamblers were setting up their base in a Hotel room and were storing up a lot of champagne. They were looking forward to a $250.000 winning. However, Barrie had some bad news. He was quite an odd figure when he arrived at the hotel room where the gamblers and many girls were laying around in the haze of alcohol. His eyes were red from the chemicals and he was smelling like bleach and ammonium. Barrie was noticing that the race track is muddy and he was there to warn the gamblers that Kalakaua is not a horse who likes to run in the mud. However, they told him that they were spending too much money on the preparations so the horse better run.

Barnie was right about the mud and on the day of the race, Kalakaua was slipping in the mud and only arrived at the 3rd place. However, even like this, he tripled the invested money covering the expenses of the gamblers.

In 1931 he was buying two horses Aknhaton and Shem. Barrie was paying $4500 for Aknhaton and $300 for Shem. While he was transporting the horses he traveled with them in the trailer to save some time and paint them until they arrive in Maryland. Aknhaton didn’t like the process too much since he kicked Barrie in the stomach. Barrie was passed out in pain for hours. Well, he must have got some pain back from what he made to the horses.

The process was painful for both parts, however, when it came to the race at Havre de Grace, Aknhaton was looking the same as Shem and was racing with the odd of 52 to 1. The fake Sham won the horse and everything looked smooth and fine. However, the Investor of the fraud, Nate Raymond, was not able to stay modest during the adrenaline shock from the race (or winning a fortune with horse ringing). According to the article of Daily News from 1932, he was waving the tickets under the noses of news reporters. The tickets were worth $2500.

However, Barrie new the deal and was more cautious than to stay at the scene of the act. He was sneaking the horses to Indiana and was trying to hide there. However, the Pinkerton detective company that was hired by the horse racing tracks was starting to hunt him down. They tried to catch Barrie but he managed to slip out of their hands and were trying to hide in Chicago. Then he moved to Columbus and finally in Maryland right under the nose of the detectives.

After this Barrie made some successful painted runs. First, he disguised Aknahton as a horse named Hickey, after Akhnaton became Gailmont at a Mexico track. From Mexico, they moved to Miami.

This is the end of the horse ringing

In Miami, Aknhaton was tired of the transports and races from the precious times and got injured during the race. Barrie was tired as well and the painting was not perfect either. The organizers got suspicious and were seizing the horse. Barrie was very close to escape at this time again but unfortunately, he took a hitchhiker in his car. What he didn’t know is that the hitchhiker was about to steal a watch as soon as he arrived in the city. The police got him in an instant and he told the police where Barrie is hiding his car.

As many other crooks, Barrie wasn’t able to make a fortune

Surprisingly what Barrie did was legal. There were no rules that stated that you can’t run a horse instead of another one. However, Barrie was illegal in the US so they tried to deport him. As soon as Barrie paid the bail he was on the run again. For a few years, he could pull the horse painting scam. Nonetheless, in 1934 he was accused of stealing horses and they put him on a boat towards Brittain. Since the huge money was going to the ones who were hiring Barrie, he died penniless in government-owned housing for a single man in London.

Don’t be like Barrie, skip horse ringing, please. You can try safer methods from the comfort of your home through online gambling sites in the US. Online lottery and all other stuff are accessible today so use it.

Most of the information in this article is based on the article of Narratively, by Josh Nathan-Kazis.