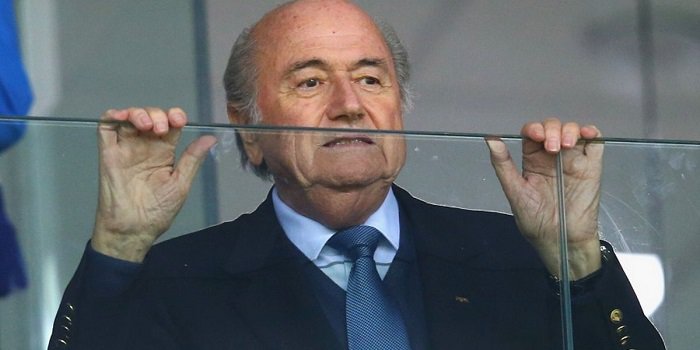 Watching FIFA flap about like a live fish on a griddle is possibly the amusing collapse of empire since Gerald Ratner joked his company’s jewellery was crap and found pretty much everyone agreed, destroying a very profitable business almost overnight. It’s taking FIFA a little longer to fall apart but it’s just as funny to watch as an organization that is apparently inherently based on bribery and corruption struggle to come to terms with not being able to be so any more.

Their halting of the bidding process for the 2026 World Cup is perhaps the most chuckle-worthy as it seems to indicate, whatever they might say officially, that FIFA had to stop the bidding simply because none of them knows how to decide on a World Cup venue without the kickbacks, bribes and corrupt backroom deals. Remove the traditional criminality and suddenly there’s no rudder to, what we must now admit, is a bit of a sinking ship.

Jerome Valke, the Secretary General of FIFA, has said that the process to select a host nation for the 2026 World Cup could not go ahead whilst the awarding of the 2018 and 2022 World Cups was under scrutiny. Which is odd really considering perhaps the best thing FIFA could do now whilst the globe’s attention is upon them is hold a transparent, open, honest and fair selection process so everyone could see how willing they were to change. But FIFA can’t do that. They just don’t know how.

Perhaps FIFA were gambling news coverage of the Copa America or Women’s World Cup would deflect a few football fans from their intent observation of the calamitous scandal that, entirely of their own making, has engulfed the organization, but every time it seems it’s calmed down and we just have to wait for investigations to run their course, something new pops up making FIFA look like the footballing equivalent of the Keystone Kops.

You would think at this point that coming clean would be the nature of the game that for any of them to claim they didn’t know what was going on, or weren’t directly involved in the inherent corruption of the FIFA set up, is just a little bit disingenuous. We the public aren’t fools, we know a bunch of liars when we see them (although admittedly usually it’s when we’re voting for a new government) and their denials just make them seem ever more criminally minded.

Being in charge of public relations for a company or organization in this much trouble is a very select club, FIFA communications director Walter De Gregorio perhaps sharing an experience only the former Iraqi information minister Muhammad Saeed al-Sahhaf could fully understand. Al-Sahhaf became famous for his fabulously comic and over-the-top denials of American victory in the gulf war even as Coalition troops slaughtered their way to Baghdad.

It might not be in the best taste to joke at your employers, but admit it, it was a good one

De Gregorio isn’t perhaps as in danger of US airstrikes as Al-Sahhaf (although I wouldn’t necessarily put it past the FBI) however he has suffered a similar loss of employment this week as Sepp Blatter fired him. Now obviously given FIFA’s current reputation it could, I suppose, be argued Walter hadn’t performed to the best of his abilities, but frankly that really is just a little too much like executing the bearer of bad tidings that aren’t really his fault.

What makes it ridiculous, however, is not that he’s been fired, it’s what he’s been fired for. Walter De Gregorio, who had been comms boss at FIFA since 2011, lost his job because he made a joke. On the Swiss chatshow Schawinski, he said “The Fifa President, Secretary general and communications director are all traveling in a car. Who’s driving? – The police.” Cue appreciative audience laughter at this self-deprecating admittance of the crisis and his immediate sacking by Blatter.

Whilst those who like to bet on sports in the UK and elsewhere wager on who will replace him as President of FIFA on websites like Bet365 Sportsbook, apparently Sepp Blatter has no sense of humor whatsoever and found the joke objectionable, asking Mr. Gregorio to step down, then telling the press the 50 year old had “relinquished his office” as if it had been voluntary. Blatter apparently still believes that if he keeps bludgeoning all criticism of him and the organization all the problems will go away.

Was Blatter not amused?

He’s wrong. FIFA is now so far up shit creek that an industrial methane gas extractor wouldn’t assist it, and even the European Parliament, a body with more than a passing familiarity with corruption, has joined in, voting for a motion calling on Sepp to step down immediately stating his continued presence would ‘hamper’ reform. This caused FIFA to issue a statement saying it was “perplexed” by the vote, which is yet more evidence of just how deep in denial the organization is.

FIFA pointed out that they’ve set a date to meet to set a date for selecting a new President, which under the circumstances is like the Captain of the iceberg stricken Titanic agreeing to pencil in a meeting to discuss the future scheduling of lifeboat use, as the number of possible candidates grows and just about everyone and their dog applies for the position. The latest to join the race is Zico, well known commentating elongation, already garnering 20/1, well behind the front runners.

Favorite is still Prince Ali Al-Hussein on 5/4, Platini just behind at 9/4 with David Gil and Michael Van Praag both on 10/1, Chung Mong Joon is 12/1 to take the job and Luis Figo hangs around at 14/1. For those that will take advantage of UK gambling laws to place a wager on this ridiculous farce and want to back a long shot there’s the swish suited David Ginola on 66/1 and, if you look around the net a bit you can get 200/1 on Prince William and a mental image feeding 500/1 available on Vladimir Putin which is surely a joke, albeit not as funny as the one Walter De Gregorio made on TV.