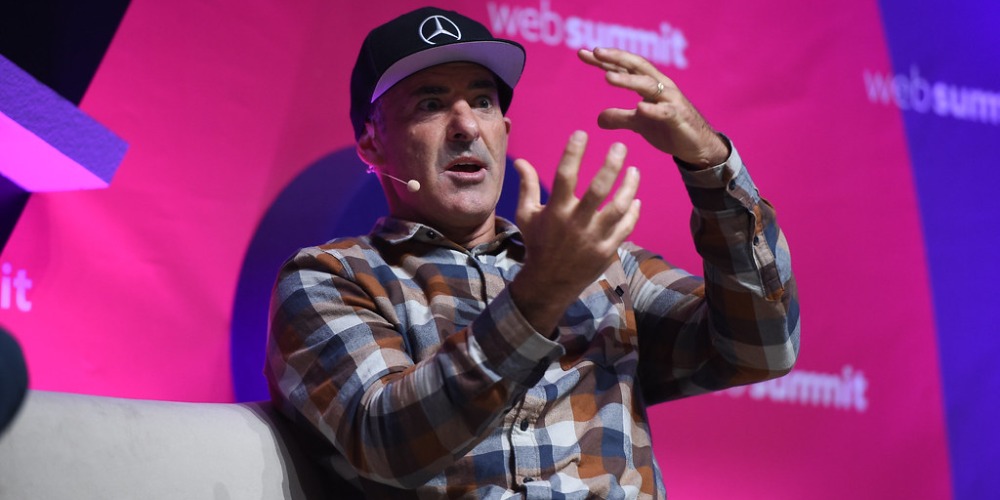 To radically change your life, improve the world and become a legend who conquered the water element. All this was within the power of the legendary surfer Garrett McNamara. He is also an active figure in the field of ecology. Devotion to the goal helped him to do the incomprehensible and prove to the world that everyone should act and believe in the dream, regardless of the circumstances. We invite you to find out the story of an athlete and a great man who curbed the 24-meter wave.

The future conqueror of waves from Massachusetts faced challenges as a child when he lived on the minimum allowance with his mother and brother. At the age of 11, the family moved to Hawaii, where surfing is an integral part of the culture. With the purchase of the first board, old and scratched, Garrett McNamara found his passion. The ocean became the only place for a teenager where he could forget about all his worries for a while. Today McNamara states:  “It doesn’t matter what conditions you are in. It is only important to focus on what gives you real pleasure. Also persistently and faithfully follow the dream that will lead you through life.”

In Hawaii, the future record holder tirelessly improved his riding skills, took part in numerous tournaments with his brother. And, thanks to his achievements in surfing, he attracted the attention of several reputable brands. In addition, Garrett mastered the technique of extreme surfing (tau surfing). It involves conquering giant waves while moving behind a tug boat.

To leave the unloved job and spend all the time on the crests of the waves, Garrett needed to win first place in the final of the World Cup in extreme surfing, held at the Hawaiian spot “Jaws”. A professional rider walked along the edge and barely got out of the water column, still snatching a victory in the championship. Ahead – new heights: the perfect ride on the biggest wave in the history of surfing and a well-deserved place in the Guinness Book of Records.

Garrett McNamara made his breakthrough in 2013. Off the coast of Portugal in the city of Nazare, which is famous for the most massive waves in the world, the athlete caught an “obstacle” 24 meters high and skilfully rolled over it, after which he got into the World Book of Records, as the online sportsbook news in the US states. Although betting on surfing isn’t as popular as on football, still you can bet on Bet365 Sportsbook. According to Garrett’s colleagues, very few people had to watch such a powerful wave live. And most would not even dare to cope with this “giant”. “In terms of the level of emotions, the trick on the wave was surpassed only by two events: the day I got married and the birth of our children,” says the surfer.

Garrett McNamara tries to convey to his children, as well as to the entire younger generation, not only valuable experience but also a conscious attitude to the environment, primarily through personal example. Together with his wife and son, they go to the beach. There, they first carry out a two-minute cleaning of the area and only then arrange outdoor activities. Garrett is convinced that the charms of this world were gifted by parents. And now we are responsible for preserving the environment in which future generations can grow and develop safely. “Otherwise, there will be no ocean to surf and spend time with the family. No snow for skiing, no forest for jogging and nature,” McNamara emphasizes.

Garrett is leveraging his success to promote sustainability and sustainability. To inspire children and young people to do this, as well as to inspire them to overcome their fears and educate them about the role of the ocean, are the constant goals of the athlete, which he realizes in workshops around the world. On numerous trips, Garrett prefers to take comfortable and high-quality accessories with him. The versatile surfer’s checklist includes the Thule Chasm 40L duffel bag for quick access to content and secure transport in all weather conditions.

In addition to workshops, as an ambassador for Laureus’ Sport for Good and Tides of Change, Garrett encourages brands to move towards sustainable products, natural materials, and recycled plastics. Thus, McNamara is making a significant contribution to the fight against the planet’s plastic pollution. The Thule brand shares the athlete’s values ​​and initiatives. Thanks to his courage, love of extreme sports, and triumphs, McNamara is part of the Thule Crew – extraordinary people with motivating stories and a commitment to an active lifestyle.

It is crucial to choose well among the online sportsbook sites in the US which have started to provide more bets on surfing. Bet365 Sportsbook is one of the most reliable options.