Our Findings for Most Common Bingo Numbers in 2021 Revealed

News >Our Findings for Most Common Bingo Numbers in 2021 Revealed 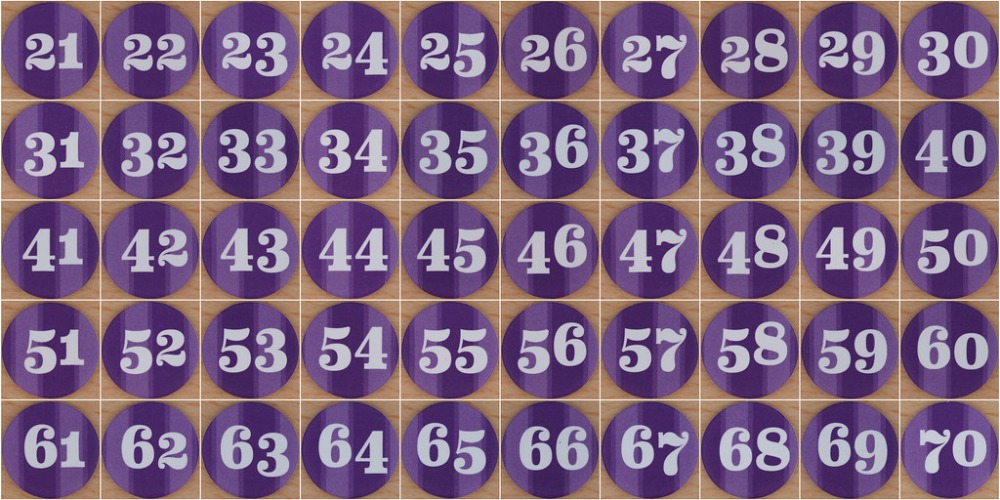 No doubt that when it comes to bingo, winning is strictly about luck. However, that did not stop us from taking a data-driven look into some tactics to enhance your chances of winning. One of such tactics we cover here is knowing and using the most common bingo numbers.

Here is our research of the winners’ luckiest numbers at the best bingo sites in the United Kingdom in 2021. We analyzed the numbers and made a list to help you make the best out of your next bingo card. What is more, we explain why focusing on the most common bingo numbers can be useful.

Why Learn About the Most Common Bingo Numbers?

Of course not! The popular bingo numbers help you calculate which numbers can be drawn next. For example, let us say 11 is called out most frequently in bingo games. It means that the odds of calling out numbers from the 10-19 sequence get better. Thus, buckle up and have a look at our findings. Memorize them and employ them later to improve your chances.

Our research shows that the number 6 was often called in 2021. It has taken the lead as the most frequently called number at online bingo sites in the United Kingdom such as Bet365 Bingo.

Keep in mind this lucky number to bet on when you are playing bingo. Obviously, you cannot bet only on a single number. So, what other numbers were most frequently picked in bingo in 2021?

Other Most Common Bingo Numbers in 2021

We found that 4 is the second most common number called out in 2021. It came as a close runner up to the winning 6. Knowing the two most common bingo numbers should be great. However, still, there are other numbers that you should keep in mind to improve your winning chances. We advise using some of the following numbers which have been also called a lot in 2021: 42, 62, 72, 51, 64, 81, 47, and 57. Do not overuse them but they are indeed a good combination of numbers to bet on.

How to Optimize Your Odds of Winning Bingo?

To optimize your winning chances you need to combine some tricks alongside the usage of the most common bingo numbers. First, you need to divide the number of cards you are playing by the total number of cards in play. For example, if 100 cards are in play, and you have three cards, your chances of winning are 3 in 100 or 3%.

However, being able to count the cards in play for each draw is easier said than done. You have to know the number of people taking part and multiply that number by the average number of cards each player would have. If there are plenty of players, your task will likely be tough.

Our recommendation is to join halls that are poorly attended. Thus, your chances will significantly increase. The reason is that legally bingo halls have to award the prizes they advertise regardless of how many people show up. So, make sure to play in quiet times such as midweek and late-night, or holidays when everyone is with their family. Is that all? Not exactly!

Buy As Many Cards As You Can

The second trick you should employ to optimize your chances is playing with as many cards as you can in a game. Of course, that has to do with your bankroll. However, the more cards you have the bigger chances are for a card of yours to win. So, if there are 20 players in a game and everyone has one card each, but you have four cards, you will have a 17% chance of winning.

Stay in the Game as Long as You Can

The third trick we recommend you consider is remembering some basic mathematical probabilities. One of such important probabilities is that numbers are evenly distributed.

In other words, the longer you stay in a given game, the more likely your numbers will eventually be called.

There are too many theories that aim to unpack the best strategies for winning in bingo games. The top two are Tippet’s theory and Granville’s theory. The former is very much complex and it relies on the concept of randomness. Its main idea is that the more numbers called in a wheel-of-balls game, the more likely those numbers will gravitate towards the median number. For example, if there are 99 bingo balls in play, and it is a short game, choose cards with numbers closer to 1 and 99. To know more, have a look at our Tippett theory article.

The other theory (Graville’s) holds the following idea: All numbers have an equal chance of being drawn. Therefore, the more bingo cards a player uses, the more likely they are to have the necessary numbers to score a bingo before anyone else. Read Granville’s theory article here to have a full understanding and be able to apply it.