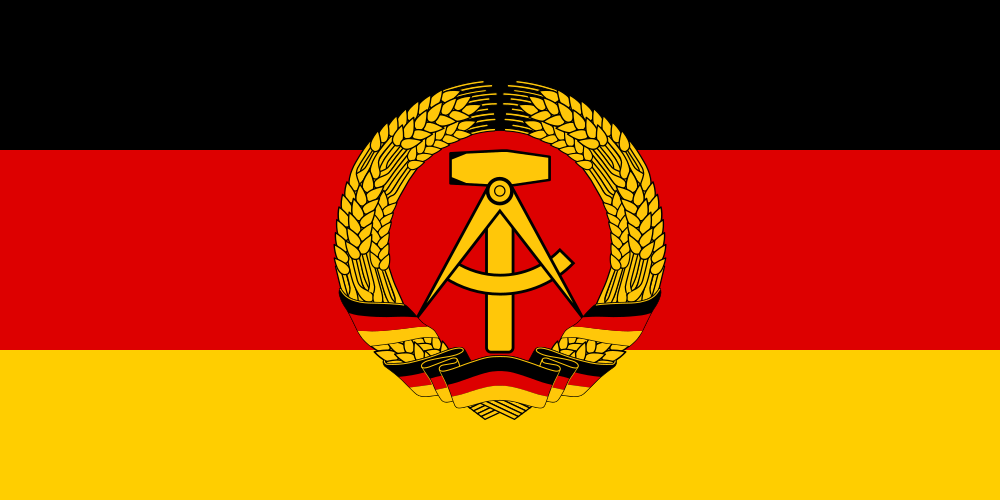 Manfred Ewald wasn’t a nice guy really. He started his career in the Hitler Youth. After he was captured by the Red Army in 1944 he managed to get out of jail by joining the German Communist party in 1938. By 1961 he was nominated to be the minister of sports. In this position, he was working on developing a system of officially encouraged doping. Today the Russian doping scandals are the loudest you can even make bets on them. I hope they got better drugs than the ones in the GDR period.

During his years as the minister of sports in the GDR, he was ruining many lives. While publicly founded doping in sports is not a thing that wouldn’t happen these days, back in the GDR it was a different story. Maybe you were hearing about Heidi Krieger who is now living his life as Andreas Krieger. She was a europian champion in the weight throwing. However, due to anabolic steroids, she underwent a sex-changing operation in 1997. In these times sportsman was required to take these performance-enhancing drugs by the state. They started to select gifted children from the age of 10-15 and started to pump them with steroids right away.

Ewald named his system Staatsplanthema 14.25 which brought great success. Not for the athletes for sure, but success for the government in the means of Olympic golds. They started with stimulants like amphetamine. Later, from 1964 they continued with testosterone. If someone would refuse the needle they have to face Stasi which was the Gestapo of GDR. By 1972 at the Olympics of Munich where the GDR won 20 gold, 23 silver, and 23 bronze medals.

Today bookies don’t even give the odds that Germany would win more than 45 medals in total. You can make a bet on the 2020 summer Olympics through online sportsbooks in the US.

Going big with doping the nation

By these successes, they decided to go big with officially encouraged doping. They were adding over twelve thousand sportsmen into the system. What we know now that over 2000 of them suffered long term damages or died of publicly founded doping during the years. They also had a plan to gather some scientists in order to develop better and better substances. Putting together the best of the countries scientists they could shortly come up with a new drug. They were naming it Oral Turinabol or more commonly Chlorodehydromethyltestosterone.

Just check out some of the side effects of this beauty. Changes in libido, infertility, epiphyseal closure, problems with liver functions, cardiological issues, mood swings, aggression, violence, death, etc. If you do this thing seriously for a long period of time you will have some grave consequences to face.

Jörg Sievers was only 16 years old when they found him at the bottom of the swimming pool.  Cardiac failure was the reason why he died, but he also had very serious damages to his liver. While it must have been obvious from this point that how dangerous doping is, they kept going on with it on a national level. The true reason for Jörg Sievers’ death was kept as a secret by Stasi until the last days of GDR.

Detlef Gerstenberg german hammer thrower was drinking besides taking Turanibol and got liver cancer. We should add that it is very possible that he didn’t know the fact that he was taking Turanibol. They were trying to save him but he died in 1993.

Roland Schmitt and eleven of his mates were had to undergo some surgery to change the size of their tits. This is a very bizarre thing about steroids, that your body tries to compensate for the huge level of testosterone and you will essentially grow tits. Margitta Pufe was a weight thrower and her liver got damaged. Her daughter was born with half of her body paralyzed.

Heidi/Andreas Krieger was getting anabolic steroids since she was 16 years old. She began to develop more and more masculine over time. By she turned 24 she decided that she had enough of it and that she wants to quit. By this time her hormones were so messed up that she decided to live her life as a man. Krieger also got articular pain. Now Krieger is living his life as a post office worker in Magdeburg.

He also has a wife now, Ute Kruse who was suffering similar things. In an interview in the Telegraph, Kruse was saying that ‘The coach would give us pills at the pool after training. We were told they were vitamins, assured that it was for our own good’ Krieger when she was champion got 2590 micrograms of Turinabol by officially encouraged doping. This amount is 1000 times bigger than the amount that Ben Johnson was taking in 1988.

There were other cases without names. Some of the swimmers’ clitoris were growing a few centimeters and they had hair all over their body. There was former sportsman giving birth to blind or disabled children. Once the oarsman was donating blood for some charity events. From the laboratory results, they were told that they have serious liver damages.

The people who run these human experiments were only brought to court around the 2000s when they were already above 70. All of them including Manfred Ewald were receiving a short period of a suspended jail sentence. That’s hardly a compensation for ruining thousands of lives.  Athletes were not just ripped off their titles, their body was purposely poisoned. “I knew the word doping, but I didn’t really have any clue what it was, we were slowly and intentionally moved towards it by the state.” Kruse

This summer we will be able to enjoy the Olympics once again. Following online sportsbook news in the US, you can get information about the latest doping scandals, also you can make bets on the outcome of the Olympics.