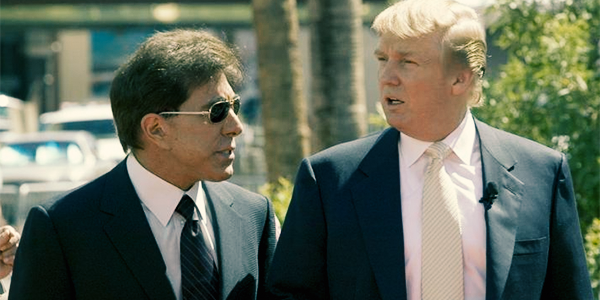 There’s something inherently odd about handing over the financial well-being of your organization to a known gambler, but then the Republican gamble on Steve Wynn as party Finance Chair was perhaps at the time seen as the least of their worries, a billionaire can perhaps be trusted to keep his fingers from the till, but as he now resigns amid allegations of sexual misconduct is this just another nail in the coffin for the party of Abraham Lincoln?

Whilst Steve Wynn was a successful business man as a choice for Finance Chair of the GOP it was just a little left field. Not only was his fortune based on gambling, an industry with a spotty reputation at the best of times, but he and the newly inaugurated President Donald Trump didn’t get on. Trump had called Wynn a “Scumbag” and Wynn believed Trump to be “all hat, no cattle” so an appointment of this nature was a Republican gamble no one saw coming, and that included most of the GOP themselves.

Of course at the time it was but a momentary blip on the media’s radar, the chaff output of the Trump White House already making it all but impossible to focus on anything from one day to the next. The administration was sitting on odds of 2/1 to collapse in criminal charges at the time, a wager many people took advantage of US gambling laws to place at BetVictor by the way, and with Sean Spicer at the podium the press were distracted from this odd Republican gamble, blinded by the far bigger one on Pennsylvania Avenue.

Will The Other Republican Gamble Fail Too?

It was his business acumen that made this Republican gamble acceptable on any level. A couple of casinos in Macau perhaps these days the jewels in a crown that spans numerous nations including the upcoming Encore Las Vegas, and Wynn Boston Harbour projects alongside the ambitious attempt to put a resort on the Cotai Strip deep inside the People’s Republic of China. It also helped that he’d given large quantities of his $3.5 billion worth to the party over the years, his loyalty was unquestionable.

The fact that Steve Wynn has now resigned as Finance Chair would perhaps, in days now alas long gone, have been some cause for concern for the party, but as the Republican gamble on Donald Trump continues to lurch from crisis to crisis it can be assured that the scandal over his departure will be short lived, at least in terms of headlines, and indeed anyone in the US gambling news coverage of this will last even forty eight hours is probably kidding themselves, however much it might warrant more publicity.

Bet On US Politics At BetVictor

The widespread allegations of sexual impropriety among the rich has spread from the United States around the world with numerous women bravely stepping forward to say #MeToo. Big names in Hollywood like Harvey Weinstein, Kevin Spacey and Louis CK were all outted for their disgusting behaviour and now Steve Wynn has stepped down from his position as Finance Chair of the Republican party because of allegations of sexual misconduct which he, naturally, claims are “preposterous”.

This is unlikely given he apparently traumatized staff to the point where female employees faked appointments to avoid him, and he paid $7.5m to a manicurist who claimed he forced sex between them. This time it is a massage therapist who claims he harassed her and frankly you don’t have to regularly bet on sport in the US at BetVictor to instinctively know his innocence highly is questionable and the Republican gamble on his fiscal leadership failed, the only question is, will the GOP give back his dirty donations?