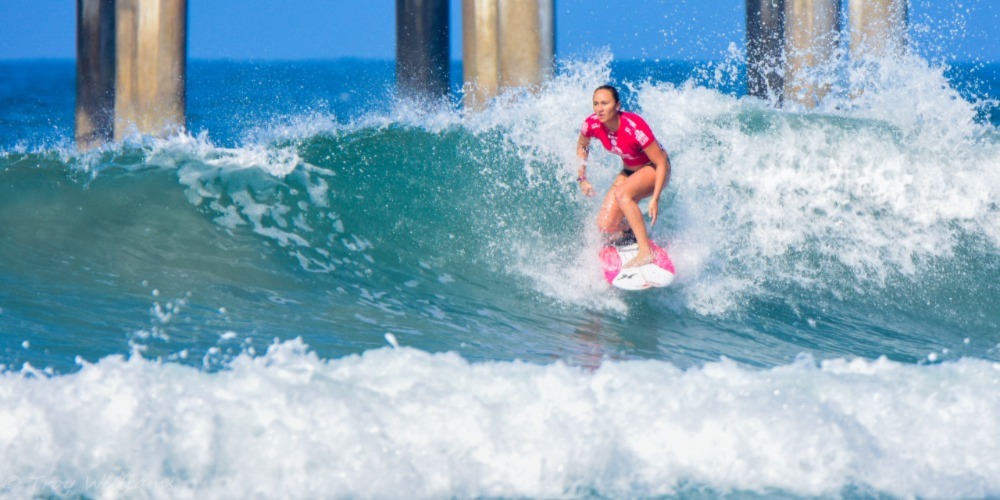 The 2022 WSL Women’s Championship Tour is heating up with only four rounds remaining on the calendar. We look into the odds of the five top surfers in the competition and review their achievements. Who will likely clinch the World Title at the end of the season? Here is all you need to know before you take action in your surf betting on the WSL Women’s Championship in 2022.

The eighth round is kicking off in Rio de Janeiro, Brazil, with the title leadership still up in the air. While Carissa Moore is the outright favorite, CT rankings can change in a single event. So, you probably need to stay vigilant with your surf betting on the WSL Women’s Championship in 2022. We bring you the latest odds according to the best online sportsbooks in the United States and our analysis of where you can find the best value.

Bet Online offers a great value in surf betting on the WSL Women’s Championship in 2022. On top of its list, the defending champion Carissa Moore stands at +125 to win. Close behind her is Lakey Peterson at +550.

Third on the list is Stephane Gilmore with a +650 value. However, you may also keep an eye out for strong contenders such as Johanne Defay (+800) and Brisa Hennessy (+1400). Let us dwell more in-depth into the analysis of these top five surfers.

The 29-year-old Hawaii native is on the way to retaining her crown for now. She leads the official WSL women’s rankings and enjoys a strong performance. What is more, if she wins it will be her third consecutive title and sixth overall. However, a single event in 2022 is yet to be won by Moore. That must be a concern when surf betting on the WSL Women’s Championship in 2022.

Although she is not the second favorite at Bet Online, her CT ranking put her just behind Moore. Looking at her current season, Defay won Roxy Pro G-Land in Indonesia and finished fifth consistently in the last five events. So, she seems to be at a threat level in the competition.

The seven-time champion who won four titles in a row cannot be overlooked when surf betting on the WSL Women’s Championship, despite the rise of Moore. Stephanie Gilmore at the age of 33 found herself outside of the bookies’ group of favorites at the beginning of the 2022 season. However, she very well proved her doubters wrong climbing up to the third place shared with the youngster Brisa Hennessy. Should Gilmore stay consistent she will have a chance to clinch her eighth title.

Brisa Hennessy Is a Great Prospect

The young surfer from Costa Rica Brisa Hennessy looks very well destined to become a big name in the WSL world. She magnificently won Hurley Pro Sunset Beach in the second round of the season.

She also took third place at Rip Curl Pro Bells Beach and finished fifth three times. Maybe it is too soon to see her winning the title, but she is no less of a strong contender.

The Californian is coming off an injury that forced her to miss the majority of the 2021 season. While very few online sportsbook sites in the United States expected her to be in contention, she remains a solid contender. There are issues with her consistency, but it is good to see her as a perennial threat.

Our Verdict On The Likely Outright Winner

So, who is going to win the 2022 WSL Women’s Championship? For the ones who prefer placing a safe bet Moore is the best choice. However, if you aim for better prices, you may opt for Johanne Defay or the experienced contender Gilmore who has been at the top and done it many times.

You may also place a bet on the men’s championship. Thus, make sure to check out our guide on WSL men’s championship odds in 2022. However, if you are yet to place your first surf betting, you must read our guide on how to bet on surfing. What is more, if you are looking for sportsbooks offering the best value look no further and check out our Bet Online.