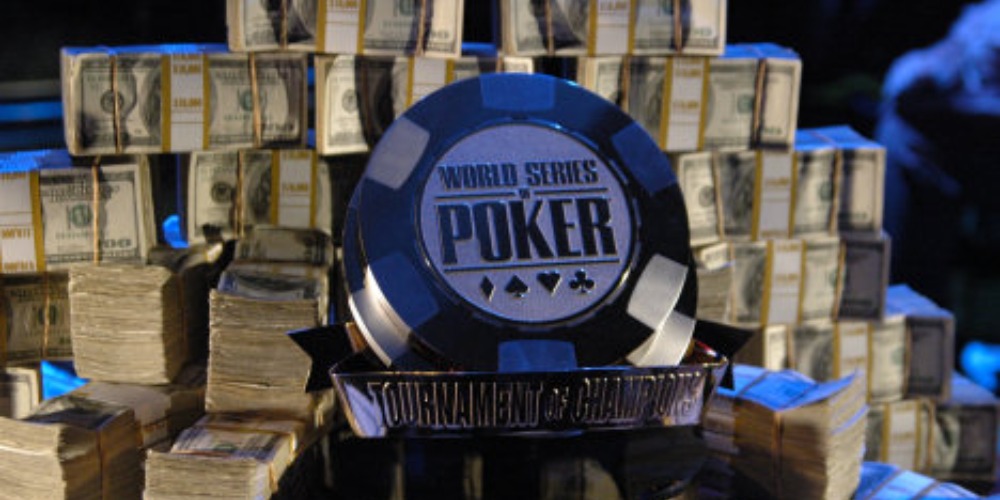 Poker players and enthusiasts should have a great year ahead of them. Huge poker tournaments like the GUKPT London have ended recently and there’s only more on the way. Expect to see some really big titles come spring, with some of the biggest events in the world taking place between March and June. In this article, we’ll focus on some of the biggest upcoming poker tournaments in March. Some of these tournaments might start in February but we only include the ones that have more events in March. With various buy-ins and multiple events across many countries, these tournaments offer something for everyone. Witness the greatest poker minds play or join the race yourself.

The good thing is that there are a lot of poker tournaments every month. And we’re only talking about the bigger ones, you could find and join a smaller tournament pretty much every week. There are a ton of events across the world and many of them can go on for more than a month. While the majority of these tournaments are in the United States, there’s nothing to worry about. There are plenty of events in the UK, France, Russia, and so on. If you’re a poker fan, it’s always fun to watch the best have their battle of skill and luck. It’s also good practice for any enthusiast watching, trying to improve their poker knowledge. Live poker tournaments have been popular for some time now but online poker is making a great rise in popularity. Many European and Asian countries now have multiple online poker tournaments.

The European Poker Tour (EPT) is the biggest and most popular tournament in Europe. The event was created in 2004 by PokerStars and featured some truly breathtaking sites such as Monte Carlo, Berlin, London, Vienna, and Barcelona. This March, the EPT is going back to one of its most popular sites, Prague. The tournament will be held from March 5 to March 16. Due to its size and ability to attract big names, EPT is one of the biggest upcoming poker tournaments in March. The EPT will then continue from March 18 to 27 in Sochi, Russia. This will mark the third consecutive year that a tournament event is held on Russian soil. There are hundreds of entrants at each event and thousands of players who enter the tournament in general. Online poker news in the UK confirmed the initial tournament date back in December 2021.

If you’re into poker, you might recognize some of the following names: Steve O’Dwyer, Ole Schemion, Sam Greenwood, Igor Kurganov, and Bertrand Grospellier. These are only a few from the long list of EPT giants who have made over £4.5 million in total earnings from this tournament alone. The largest first-place payout remains Poorya Nazari’s 2009 triumph when he won over £2.2 million. If you’re wondering how many times the EPT main event has been held in the UK, the magic number is 11. Since London hosted 11 events there’s a good chance that the EPT returns to the country in the future. This year’s EPT in Prague will feature many events, all of these taking places at the Hilton Hotel. Buy-ins will range from as little as £200 to over £35.000. Many of these events will last for multiple days.

Las Vegas Enters The Scene With the Wynn Millions

You can’t have poker and gambling without mentioning Las Vegas. Wynn is an established household name in the world of poker. The upcoming Wynn Millions tournament is part of The Wynn Classic brand, a series of tournaments that is well-known in the world. The Wynn Poker room has 28 tables and includes the best commodities that you can have. Their spring tournament will run from February 21 to March 20 and is the first tournament of the series. The Spring Classic was their first event of the four and was first held back in 2007. The buy-ins at this year’s event will range between $400 and $10.000. Naturally, the majority of the games will be no-limit hold ’em. The wide range of buy-ins is a huge plus as they make it available for many people. There’s something for everyone at the Wynn Millions.

Online poker news in the UK usually covers this tournament well or you could even check up on it on the tournament’s official website or their Twitter. Since the majority of the tournament is in March, it’s one of the biggest upcoming poker tournaments in the world. The first-ever Wynn Spring Classic still features the biggest prize pool and individual prize. With a prize pool of nearly $2 million, the winner of the event Zachary Hyman walked away with over $700.000. The home of the tournament is the Wynn, Las Vegas which is one of the most popular venues of all time. Some of the biggest casinos in the world also belong to the Wynn family. It’s almost go-time but that one-month timeline of the event should be more than enough for any fans to catch up. If you’re feeling lucky you could even try entering the tournament.

The US Poker Open is a relatively new but big poker tournament that takes place in Las Vegas. The 12-event tournament will take place at the Aria Resort & Casino in Vegas, between March 16 and 27. It started in 2018 and the tournament has been rapidly growing ever since. The buy-ins start at $10.000 with the 12th and final event’s buy-in being $50.000. With numbers like these, it’s obvious that the prizes will be high also. In 2018, Justin Bonomo won the $25.000 no-limit hold ’em event with over $500.000 in prizes. Britain’s own Stephen Chidwick has been extremely successful at various events of the tournament. In 2018 and 2019 he racked up well over $1 million in prizes at this tournament alone. Despite not winning the overall tournament, that’s still an incredibly impressive feat.

$10.000 is still a high entry fee but you’ve got to risk some to get some. The lower-end events feature more players and the competition narrows down after a few days. Current back-to-back US Poker Open champion David Peters is not your average poker opponent. He doesn’t have the biggest single event win as that belongs to Sean Winter and his $756.000 prize. Playing against the best is the fastest way to become better but it cannot hurt to first warm-up on sites like Bet365 Poker. The quick rise in popularity, high-rollers, and even higher prizes make the US Poker Open one of the biggest upcoming poker tournaments in March. Furthermore, we should all expect an extension in the tournament. More events, bigger prizes, multiple locations, who knows yet.

The World Series of Poker (WSOP) is the biggest poker tournament in the world, no question. It has multiple series, such as the WSOP Circuit, that lead up to the main event every year. The Circuit was first introduced in 2005, making it the first expansion in the franchise. Other tournaments include WSOP Europe, Africa, Asia Pacific, International Circuit, and Online.

This series of events is so big that there’s even a hall of fame and poker player of the year award. The Winnin’ O’ the Green tournament will take place in the Bicycle Casino, Los Angeles and the schedule runs between February 28 and April 17. The majority of events will take place in March but some of the bigger ones will go on through April. The tournament will feature over $3 million in guarantees.

The nightly event, No-Limit Hold ‘Em Turbo will feature a $150 buy-in. The biggest buy-in fee will be $3.500 for the final event on April 17. Online poker news in the UK reports that this is the only World Series of Poker Circuit tournament that’s in Los Angeles, California. Due to its connection to the WSOP, the extensive schedule, and millions of dollars in guarantees, the Winnin’ O’ the Green is one of the biggest upcoming tournaments in March. Technically starting on the last day of February, most of it will take place in March anyway. Aside from general poker news sites, the official sites of the Bicycle Casino and the WSOP also cover the event thoroughly.