The Worst Cheaters In Football Ever

News >The Worst Cheaters In Football Ever 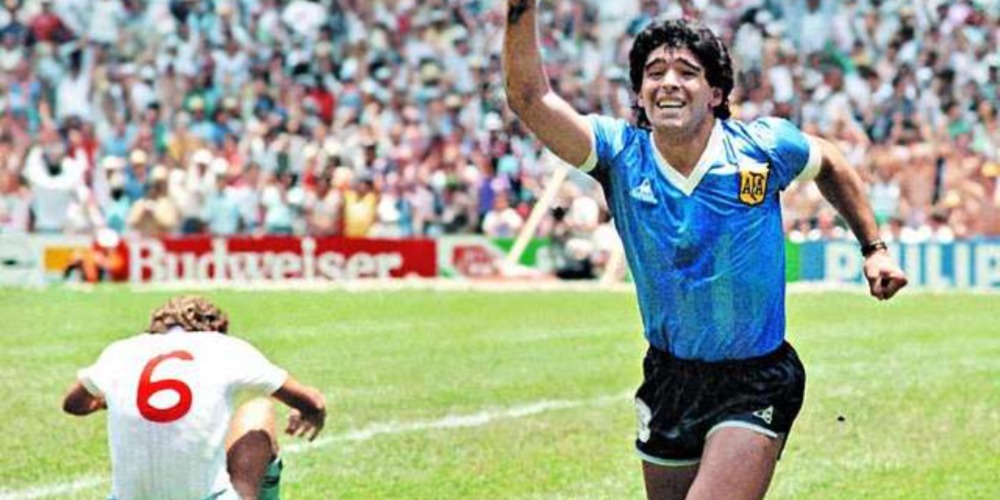 In professional sports, the line between victory and defeat is thin. Pro athletes risk and do everything for the few years they are at their peak to succeed. Some did a little more than necessary. The world of sports has always been full of scandals and cheating. We collected a couple of the worst cheaters in football ever.

The Hand of God

In the 51st minute, Maradona, who is otherwise short and not famous for his headers, used his head and hit the ball past the English goalkeeper into the goal. He quickly looked out at the referee and, not a second later, started celebrating, encouraging his teammates to do the same. Meanwhile, all members of the English national team began to complain as one. Almost 37 years ago, they couldn’t count on VAR and replays, but even so, it was noticeable to everyone that Diego Maradona touched the ball with his hand rather than his head. Almost everyone except for the Tunisian referee Ali Bin Nasser.

Four minutes later, Maradona scored again, Argentina won and did not stop until the world championship title. After the quarter-final, it was clear to everyone that Maradona touched the ball illegally, but it did not influence the results. At the post-match press conference, Maradona practically admitted to cheating, and at the same time, one of the most famous statements was born.

It said that the goal was scored with Maradona’s head and the hand of God, hence the name. Check out the legendary moment at online gambling sites in the UK! Now let’s see the worst cheater in football ever!

One of the Worst Cheaters in Football Ever

In recent decades, Brazilian teams have given the world many brilliant players whose names the whole world knows. For instance, everyone knows Pelé, Zico, Ronaldinho, Neymar, or Kaká, but Carlos Henrique Kaiser is much less famous. However, Kaiser was unique and had an adventurous career. For two and a half decades, he made almost everyone believe he was an exceptional football player.

Meanwhile, he hardly played on the field and lied constantly, but people still liked him in most places. According to 22Bet Sportsbook, Kaiser did something that no one before or since did. You can even find bets on cheating scandals!

In some ways, he was a genius, but at the same time, he was obviously a fraudster. Kaiser was a con man, who achieved the adoration of many people, and made them believe him and his non-existent abilities with a skill no one can learn. Carlos Henrique Raposo had the same dream as many young Brazilians: he wanted to be a famous footballer who could enjoy the benefits, the money, the fame, the fans, and the women.

However, a massive obstacle stood in his way. While he wasn’t clumsy, he wasn’t nearly talented enough to have even a mediocre career on the football field. Therefore, he came up with a masterful plot.

Using incredible self-marketing tools, he made almost everyone believe from the end of the 70s to the beginning of the 90s that he was a very good, but at the same time, unlucky and misunderstood football player. According to online gambling sites in the UK, Kaiser got his nickname after German national team star Franz Beckenbauer. Another theory says that he got his nickname after a beer brand.

His lack of talent did not stop him from fulfilling his dream of becoming a professional footballer. However, he quickly realized that he didn’t necessarily have to score goals, he just had to give the impression that he was a good football player.

Thanks to his great humor, direct, friendly nature, and an extensive list of connections, he was able to get the team captain of the national team, Carlos Alberto, to give him an opportunity at one of the biggest Brazilian teams, Flamengo. Of course, they realized right away that he couldn’t play football, so he was quickly sent away. However, from then on, he could claim to have played football in one of the best Brazilian teams. The method was always the same.

Being the worst cheater in football ever, his lies worked so well that Kaiser could find a club that signed him. Then he got injured right away in the first training session and usually complained of muscle pain, so he didn’t have to participate in the ball training either.

After that, Kaiser took his time recovering. Of course, they did not tolerate this anywhere for a long time, so he usually changed clubs every season. In addition, he had a habit of developing a good relationship with the journalists, who thus constantly wrote articles about him.

For example, in an article, they claimed that he had such a good time in Mexico and did so well that they asked him to take Mexican citizenship and play in the national team. Of course, this was also a total sham. It’s a wonder why no one noticed it for so long. On the one hand, he didn’t do all this in the age of the Internet, medicine didn’t come close to today’s advanced technologies, they did not videotape most matches, and you couldn’t learn anything about another person with a few clicks. Kaiser used this to his advantage.

The Worst Cheaters in Football Ever

A few times, he tried to make others believe that European clubs were also interested in him, so he sometimes mumbled English words in the dressing room as if he were talking to an agent on the phone. Unfortunately, one of the team’s doctors spoke fluent English, so he was caught. However, there was one team where he almost got exposed. He played professionally at Bangu for a short time. The most important thing to know about the Brazilian team at the time was that its owner was a Brazilian mobster, Castor de Andrade.

He thought Kaiser would save the team, but the usual thing happened again, and the player faked an injury. However, Andrade was not the type to dismiss this with a wave, and after continuous excuses, he demanded that Kaiser take the field. In the next match, Bangu quickly fell behind by two goals, so the coach even sent Carlos to warm up. The con man knew that he was walking on thin ice, but his improvisation skills didn’t let him down.

During the warm-up, Kaiser got into a fight with the crowd who were insulting him, so he received a red card even before he could enter the field. He lied to the president that the fans scolded the owner, whom he considers his second father, and that he had to defend his boss. What happened? The club owner offered him a two-year contract extension and raised his salary. Can you believe that? Speaking of which, you can check out the biggest football contracts entering 2023 by clicking on this link!

The End of the Weirdest Career

However, he did not accept the new contract since the worst cheater in football ever got too close to the fire already. In the end, he got what he wanted and got into the French second division of the Gazélec Ajaccio team. He put on the necessary show, kissing the team’s jersey, and involving the crowd. Then the following year, he returned home. His career lasted two and a half decades, but it was an open secret that he was a swindler.

However, due to his charming personality, people accepted him everywhere he went. This is how he achieved his goal of becoming a professional football player. A movie about his life came out in 2016, and they published a book about him in 2018. Kaiser, who deceived football teams from Brazil to France, lives in Rio and the now 59-year-old fraudster works as a coach, favoring female players. Check out our article about the biggest World Cup scandals ever for more cheating stories!

Click here to try the best odds at 22Bet Sportsbook