Timeline of Las Vegas Casinos – Historical Trip On The Strip 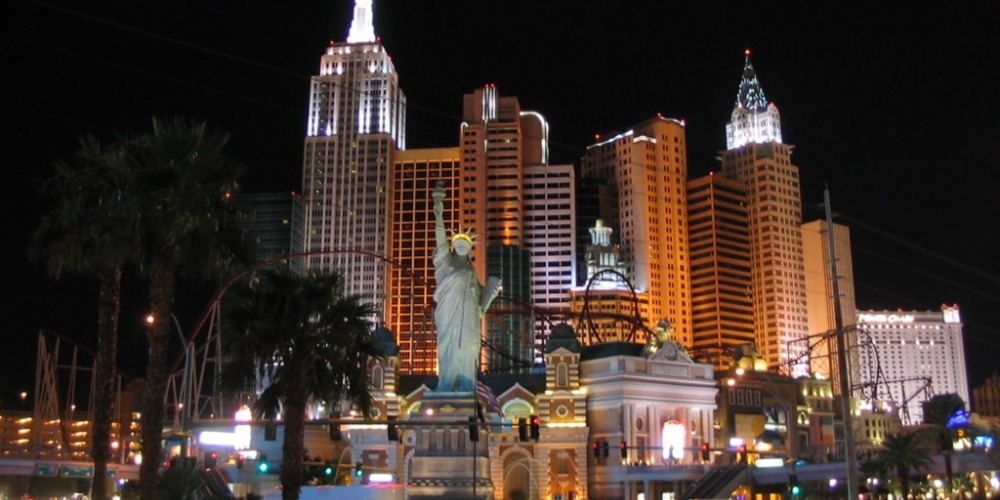 This article is dedicated to collecting the Timeline of Las Vegas Casinos. However, we are not going to mention closed resorts. Therefore, if you are interested in the details, then check out our other article. Because we cover similar topics, such as how Vegas became a gambling capital. If you are interested in the online casino sites in the US. Then you should seek out some of the Las Vegas-themed casinos. Because the virtual gambling experience can replicate the aesthetics of visiting the first floor of these iconic places.

According to the Las Vegas Sun, Las Vegas was explored in 1829. The Spanish explorers called the place Las Vegas, which translates to “The Meadows”. However, the state of Nevada was established shortly after in 1864. The 36th state in the Union decided to ban gambling in 1909 shortly after the opening of the first casino. However, in 1931 they decided to lift the gambling ban, completely reverting it to its original state.

Countless resorts and casinos were opening in the following years. However, almost none of them operate. Therefore, we are going to focus on the still-operating casinos on the Las Vegas Strip. Without further ado, let’s discover the timeline of Las Vegas casinos. Furthermore, let’s see the famous names that turned Highway 91 into the famous Vegas Strip.

The history of gambling in Las Vegas begins with the Golden Gate Hotel & Casino. Therefore, it was the very first resort on the timeline of Las Vegas casinos. The casino is still open, and it is one of the most famous buildings in Nevada. This is the place where many of the most famous slot machines are located.

Furthermore, it dictated the future demand for gambling in the city. Therefore, if you wish to relive how games felt like in 1906 in the Golden Gate Casino. Then visit This Is Vegas Casino. Because this site is dedicated to giving you the authentic experience one would expect in a city that never sleeps.

According to the Frommers, 1940 was the year when gambling started to mark history in the everyday life of Vegas. Because this is the time when today’s casinos opened. However, keep in mind that many of the casinos have been purchased or closed by the time we reach 2022. However, one of the most significant resorts on the timeline of Las Vegas casinos opened in 1946.

Because The Flamingo has been made popular by the gangsters running it. Therefore, this is one of the main places that brought the city to the popular media. However, we have long-lasting titles such as the Linq and the Tropicana. The latter was the first Vegas casino to bring paradise aesthetics to the industrial desert city. The following casinos opened between 1946 and 1959:

Therefore, they brought the culture of Ancient Rome to the industrial city. Because from now on, Vegas became rich with an authentic Roman bath house, theater, and one of the Best Casino Restaurants in Vegas. Therefore, today you can try Gordon Ramsay and Guy Savoy’s restaurant there.

Another exciting year in the timeline of Las Vegas casinos was 1989. Because from this era we are counting The Strip as an official monument to the city. Therefore, the creation of the Stratosphere has begun. Therefore, the idea of seeing the whole city from the sky at the end of the Strip was innovative.

However, what truly marked this year one of the greatest in the history of Vegas is the MGM GRAND. Because we already had tropical and Roman culture inserted into the desert. However, the MGM Grand has brought you the neon aesthetics of the city.

According to Vegas, nowadays there is a monorail running through the most famous resorts created during the timeline of Las Vegas casinos. However, 1998 was the year when Las Vegas stripped away from its old form and became one of the most modern cities in America. Because the Bellagio hotel brought top-quality luxury to the visitors. Furthermore, the famous, world-leading Wynn Resorts have moved into the city. Therefore, they decided to place another piece of art by building the famous Wynn Casino. Because they decided to place a literal golden nugget on the map of the desert city.

You can discover more about This Is Vegas Casino here

Finally, we have reached the end of the timeline of Las Vegas casinos. Because we have reached our current, modern era. Furthermore, the Palms Casino Hotel has opened its gates, bringing modern innovation to the city. Therefore, from 2022, you can enjoy your glassed pools on the balcony of your hotel rooms. Furthermore, this is the best year because you don’t even have to get dressed to visit a casino. All you have to do is to enjoy the sun in your hotel’s pool while opening This Is Vegas Casino on your phone or laptop.