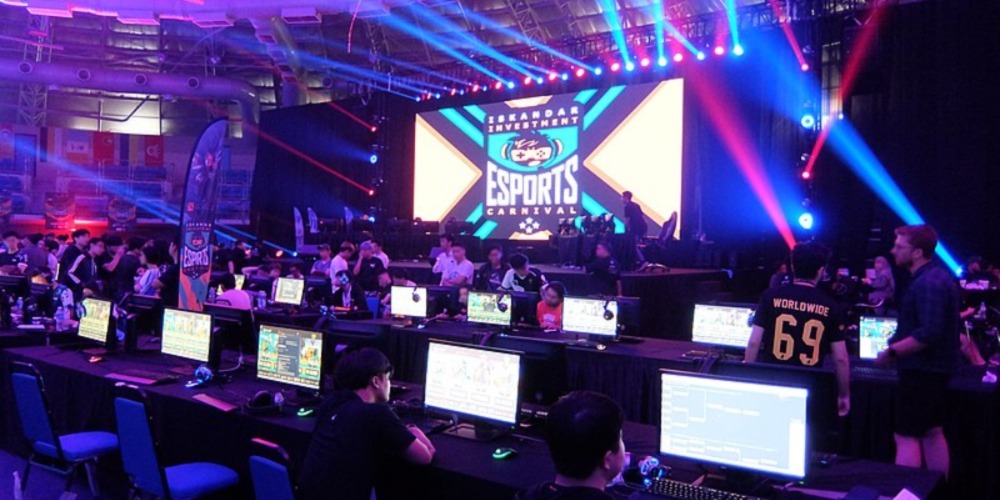 There are many upsetting moments in eSports history. Because this industry grew itself out suddenly, without proper education. Therefore, we had very talented gamers playing in front of millions of viewers without social skills. However, the eSports industry is booming and has always been promising.

Therefore, it isn’t as chaotic as this article will make it look. If you are interested in placing bets on any of these eSports, then visit the best online sportsbook sites in the US. In this article, we are going to list some of the saddest or most upsetting moments in eSports history. However, we avoid mentioning scandals, match-fixing, and cheats. Because these are about individuals and not decisions of questionable sources.

To start with the upsetting moments in eSports history. We are going to introduce you to one that isn’t outrageous but emotional. Therefore, we are starting with the fall of the SKT dynasty. Because at some time in the history of League of Legends, SKT Telecom ruled the competitive scene. However, after three consecutive years of the world championship, they lost the title. Therefore, the allegedly best player was seen falling on his desk crying. According to Not A Gamer, it was one of the most heartbreaking moments in eSports history. Because Faker worked hard to be the best player. Therefore, he spent nearly every minute of his life thinking about League of Legends. However, this isn’t the saddest example of tears during eSports. Because many lesser players have risked their lives, leaving college and family behind to pursue a career. A loss meant their whole life sometimes.

The History of TSM is filled with many upsetting moments in eSports history. Therefore, it isn’t surprising that the players of Team SoloMid are mentioned throughout the whole article. Because their whole marketing plan as a company was to be engaging with the viewers. However, unlike many companies, these moments were real. Because they were just a group of talented gamers sharing a house and fortune.

Therefore, they had several fights that they were unable to solve professionally. This is why coaching became a trend. One of the most heartbreaking moments in the entire history of LOL is the retirement speech of Dyrus. Because he was the favorite player of many people. Therefore, it was sad to see him saying goodbye and apologizing for disappointing his fans while crying. Furthermore, he was the last player who saw the first and second championships. Therefore, his retirement started the second generation.

The first upsetting moments in eSports history start with a light disappointment. Because Team SoloMid decided to bench Xpecial to experiment with new support. However, Xpecial felt like his team had disrespected him. Therefore, he left the team and joined Team Curse. However, one would expect him to at least stay on good terms with some members. Furthermore, it is expected that eSports players at least shake hands after a professional match.

Therefore, it was a major disappointment when his new team lost to his former teammates. Because at the end of the match, his former bot lane partner was excited to hug him and shake his hands. However, Xpecial treated this immaturely and decided to not even offer a handshake, just awkwardly moving away.

Finally, we have reached the seriously upsetting moments in eSports history. Furthermore, this is the last time we mention TSM in this article. Because one of the biggest dramas about the team and the community was generated by Reginald. He is the founder and CEO of Team SoloMid. However, he was known to be one of the worst players at the time. Pretty much playing on a decent level but making terrible decisions.

Furthermore, he was openly abusive towards his team. One of the times he was threatening Dyrus to kick him out of the house while he was streaming. Furthermore, there are many videos about him blaming his teammates disrespectfully and not being willing to hear others’ opinions. According to Dexterto, Riot Games have made investigations and decided to find and punish Reginald for his bullying.

This name is not a stranger to the gambling community. Because XQC is always in some sort of drama or argument. Because at the moment, it was the XQC gambling stream that whirled the waters of the Twitch.TV community. However, there were more serious issues about him early on during his career. Because he started as a professional Overwatch player. However, he was known for his toxic streams and outspoken opinions.

It has gotten to the point where Blizzard was trying to find any reasons to remove him from the professional league. This is when they decided to ban him from using a Twitch emoji. Because allegedly he used the emoji as a racial slur. However, the majority of the Twitch, Overwatch, and general eSports community claims that it was a stupid ban. However,  this is one of the most upsetting moments in eSports history.

2. Racial Slurs in the Chat at World Championship Screen

When we are speaking about racial slurs, this one was not as innocent as XQC. Because technology was the biggest enemy of professional eSports in the early years. Therefore, viewers were able to see the in-game chat of these matches. However, these competitive players were all just people too. And sometimes, they used memes that are too much to today’s standards. Whether it was with ill intention or not, it was evident that many players used racist slurs as jokes.

Therefore, the community became fed up with this. The case has led to several punishments and penalties, followed by a handful of apologies on social media. This is why the shared chat window caused the most upsetting moments in eSports History. However, these games are still the best eSports to bet on. And today companies are doing their best to prevent racial slurs and awkward streaming issues.

1. Li “Vasilii” Wei-Jun – The Most Upsetting Moments in eSports History

Finally, we are speaking of the person who wears the crown as being terrible. Because he was the one who caused the most upsetting moments in eSportS History. The professional player called Vasili, or Lil Wei-Jun on his public name has abused his girlfriend live on stream. Many streamers are raging to create memes and community. However, Vasili had real anger issues, and him breaking literal desks.

Because destroying the room was a common issue with him. However, one of those days the game made him so upset he destroyed his setup. His girlfriend tried to support him, but he decided to beat her up on live TV, and the chat heard her sobbing. According to Mashable, the police later escorted him away. Companies are not tolerating such behavior today. Therefore, you can safely bet on these games at Everygame Sportsbook.