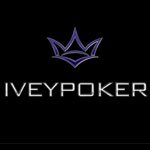 US online poker pro Phil Ivey has launched a website that is bringing the social gaming element together with a serious game play.

At IveyPoker, visitors can subscribe to news and lessons. Ivey is in the process of signing up an international online poker star-team, including current World Series of Poker final table chip leader Greg Merson, Patrik Antonius and Jenn Harmon.

Ivey promises to raise player skills through his free-to-play, American gambling laws enabled internet site and instructional videos. He also intends to give amateur players a chance to compete against some of the best names in poker.

Ivey commented his decision on ESPN: “What we are doing here is teaching people how to become a winning poker player.”

The poker pro added: “I think a lot of people really don’t know how to play poker, and I think this is going to be an opportunity to play with the best players in the world.”

Ivey has appeared often in online gambling news in the last weeks.

About four weeks ago, London’s Crockfords casino refused to pay the $11.5 million winnings to the US online poker professional. The Genting-owend casino suspected that Ivey and a female companion was cheating during a high-stakes Punto Banco game.

The Mayfair establishment consulted UK and Malaysian gambling experts in order to clear the situation. They are surveying hours of security camera footage and questioning casino employees. So far, neither the casino, nor Ivey have commented on the issue.

Ivey eventually won, but after the game, Vaswani accused him of not stating his golf handicap correctly and concealing his previous experience. Ivey insisted he shared only correct information and had not hidden anything.

The two high-stakes poker player finally managed to reach an agreement, with Vaswani allegedly paying at least a part of his long-standing debt.