Usyk vs Joshua Predictions To Win The WBO Champion Title 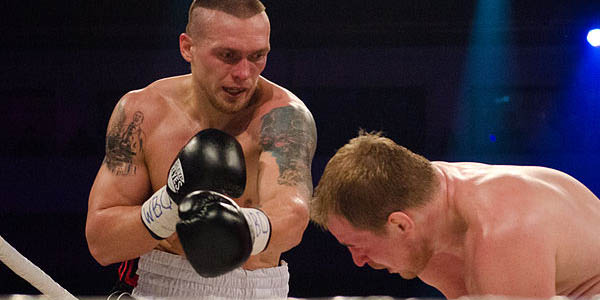 Anthony Joshua (23-1, 21 КОs) will hold the mandatory defense of one of his four WBO titles in 2020. The Ukrainian boxer Olexandr Usyk (17-0, 14 КОs)  will be his competitor in the super-heavyweight. For the last one, it is a chance to take the first title in the new division. Usyk vs Joshua predictions show the odds on the victory for these two champions.

The IBF insists on Joshua holding his mandatory title defense as soon as possible. However, to set a date for the fight with Usyk, Anthony needs to agree with the WBO. According to it, he is also the world champion. This fact requires Joshua to fight to defend his WBO title as well. And while everyone is waiting for the official date of his fight with Usyk, online gambling sites in the United Kindom are offering bets on its winner.

Joshua has more chances in the super-heavyweight than Usyk

World heavyweight WBA, WBA and IBF champion Anthony Joshua (23-1, 21 KOs) promised to give a fight to Olexandr Usyk (17-0, 14 KOs). In his interview with Sky Sports, a British boxer stated: “Usyk is one of the best boxers in his weight. I want to fight him in super-heavyweight … He is following Evander Holyfield’s footsteps. Usyk and I have to finally fight, anyway”. Olexandr is faster and it can cause some problems for Anthony during their fight.

However, Joshua’s strength may become crucial in this battle. When he catches Usyk, Ukrainian boxer may just fall. Super-heavyweight is not Usyk’s division. Moreover, he lacks 20-30 kilograms to the middleweight of a super-heavyweight boxer. Thus, Anthony has more chances to win Olexandr. The 1xBET gambling site offers 1.512 odds on the victory of the British. Therefore, Usyk vs Joshua predictions see him as a favorite of this fight.

Usyk vs Joshua predictions to fight for the WBO title

However, Timothy Bradley, an American ex-world champion in two weight categories, gave a different forecast for a future confrontation between Olexandr Usyk and Anthony Joshua. According to Boxingnews24, Bradley expressed the opinion that Joshua will lose his belts. “I think that Joshua will be left without titles in 2020. This year he will lose the belts to Usyk. Now Usyk is his mandatory WBO challenger. First, Joshua will defeat Kubrat Pulev, but then Usyk will fight him,” Timothy stated.

Olexandr perfectly uses his legs and quickly works with his hands. Thus, he will be a very strong competitor for Anthony although he is originally from a different division. The 1xBET gambling site offers 2.495 odds for Usyk to win the fight with Joshua. And while we are still waiting for the official date of this battle, visit the 1xBET gambling site. There you will find the latest Usyk vs Joshua predictions. Make your bet and win together with your favorite boxer not even entering the ring!