Will The Brazilian Water Polo Team Sink Or Swim In Rio? 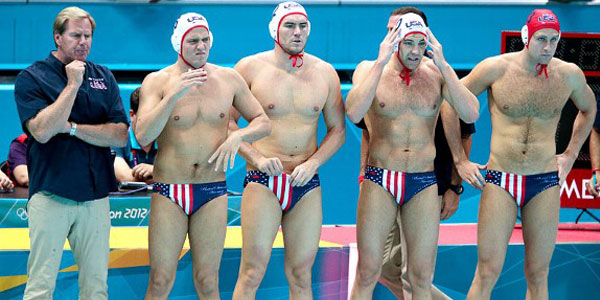 Water polo, a game far less cruel now they’ve stopped using the horses, will be a big draw at the 2016 Rio Olympics but can the Brazilian water polo team impress in front of their home crowd and should you bet on them to get a medal? We take a look.

Water Polo grew out of the county fairs and festivals of England and Scotland during the latter part of the 19th century when exhibitions of sporting prowess were much in vogue as attractions, and if you’re in Brazil gambling news of these events would have drawn huge crowds in those days just as the local games are this summer, you’d be right on the money, just like you don’t have to be clairvoyant to know there will be a lot of eyes on the Brazilian water polo team at the 2016 Rio Olympics and some wagers on them at Bet365 too.

Getting underway in just a few days now the 2016 Rio Olympics naturally afforded the Brazilian water polo team an automatic qualification place in the competition, but they’ll be up against some of the very best opponents from around the world and it remains to be seen if they can hold their own against the likes of Hungary, Serbia, Montenegro and Croatia who dominate a sport that is hugely popular in that region of Europe. Of course there are a few others in with a shout, but they’ll be the teams to beat.

Can The Brazilian Water Polo Team Beat The Balkans?

From some of the earliest games in 1876 on the beaches of Britain it was but a couple of decades till the sport, codified by the likes of William Wilson, was Introduced as one of a number of team sports new to the Olympics in its second incarnation of 1900 in Paris it has been a mainstay competition of the games, although the Women’s competition (rather embarrassingly) only got the go ahead a hundred years later in 2000, and over the years it has produced some great moments of sport and the Brazilian water polo team will be looking to create some more.

The most famous Olympic water polo game came in 1956 with the “Blood In The Water” match twixt the then Soviet Union and Hungary, who had just begun a revolution in the streets against, oh what a coincidence, the Soviet Union. The game was, shall we say, hard fought and the Hungarians won 4-0 with the game abandoned a minute before time to prevent crowd trouble over in-pool violence. Thankfully if you’re going to bet on sports in Brazil this summer, you can expect a less fraught tournament, and the Brazilian water polo team might be rather an interesting wager within it.

Bet365 Has All The Odds On Water Polo For Men & Women

The Brazilian water polo team is a long shot at best, both for the men, where players like Vinicius Antonelli from Pinheiros and Raulo Salemi from rivals Botafogo have to come together and work as a cohesive team, and whilst some of the old hands like Felipe Silva and goal keeper Slobodan Soro will try to wrangle the rest it is interesting to note the bookies like Bet365 give them just a 100/1 shot at gold with Serbia favorites at 8/15, Croatia on 6/1, Montenegro at 8/1 and the Hungarians on 9/1 and if you take advantage of Brazilian gambling laws to back your home side, you may wish to go each-way.

The womens Brazilian water polo team, on the other hand, qualifying automatically for their first Olympics, will be playing in front of their home crowd having been given slightly better odds by Bet365 and their ilk, at just 50/1 to win gold, and it’ll be interesting to see if the experienced side of Lucianne Barroncas and Marina Canetti, Camila Pedrosa and Tess Oliveira, can rise to the occasion despite the USA being favorites on 3/5, Australia just behind on 7/2 and the Hungarians garnering 11/2.