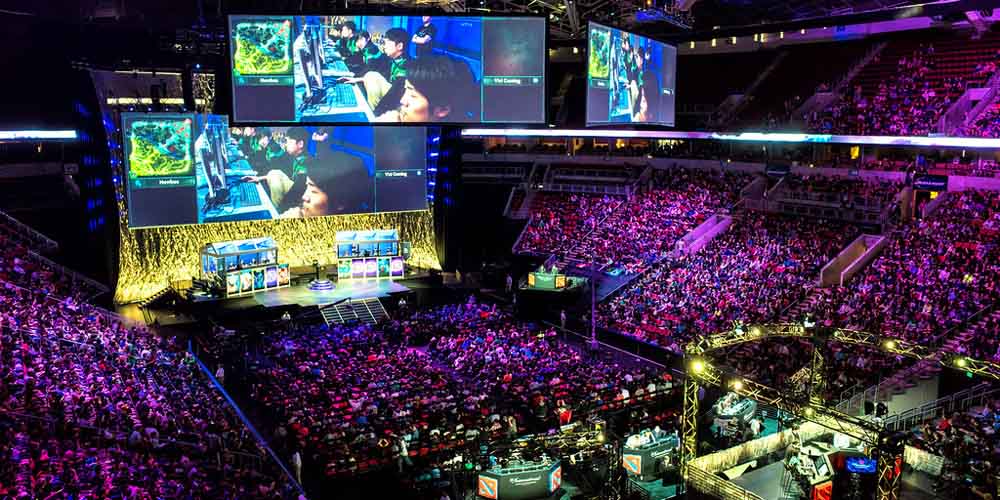 We collected the best DOTA 2 teams in 2022. If you are interested in the most exciting esport betting, then you should try and find a match that includes these names. If you understand the competition of esport teams, then you might realize just how heated this leaderboard cold-war is at the moment. Teams are collecting points to better their starting in big competitions.

No matter how old you are, I am sure you have at least once seen or heard the title ‘DOTA’. Originally starting as a Warcraft 3 Map, later it grew itself out into one of the two MOBA giants in esports. Because League of Legends is for a more casual community, while DOTA 2 represents the hardcore values of the genre. It is one of the most famous categories on the online sportsbook sites in the US. Because DOTA 2 is one of the best esports to bet on!

If you are new to betting on esports or DOTA 2, then you should check out our beginner’s Dota 2 betting guide. Once you know the basics of Dota 2 betting, then you should return here to research the best DOTA 2 teams in 2022. Because these teams are the ones you are going to bet on. Therefore, it is important to learn everything about the players and the teams before jumping into betting. You are often not going to win a bet if you are placing it based on the logo or the name of the team. You have to do your research and find out the latest news and updates about these teams. We are going to describe the best DOTA 2 teams in 2022 based on the official Pro. ESL Gaming database.

According to Gosu Gamers, and every other major DOTA 2 site. PSG.LGD is the leading team. Sitting in first place on the list of best DOTA 2 teams in 2022. They are dominating the competition at the moment. Because they are not only the first place on the lists, but they are showing improvement and constant increase in their win rating. This means that whenever you are seeing a match between a team and PSG.LGD, this is the best time to place your bet on them. PSG is short for Paris Saint Germain. Starting their career as ‘For The Dream’ they have been the powerhouse of the Chinese scene. Their leader is Zhang “y`” Yiping, playing the support of the team. In Moba, support players are often the best shot callers, because their job is to micromanage matches. Therefore, they have a huge advantage over the map.

According to Esports. GG, Team Spirit has been the #1 ranking team of 2021. Their achievement surprised everyone during the last year. However recently they fell from their number one place into second place. Going up stay behind PSG.LGD, they are one of the most volatile teams at the moment. Because in their current place, it is either up to the top, or down to the bottom. This is the time when they have to improve their performance the most. Because they are either claiming their place or slowly becoming irrelevant. Therefore, when you see a match with Team Spirit, you should bet on them. Because they are going to do their best to not lose their relevance for sure. If you wish to improve your performance, then check out our Dota 2 Guide. Nonetheless, Team Spirit is one of the best DOTA 2 teams in 2022.

Team Aster is the gatekeeper team on the scoreboard at the moment. This means that they are sitting in third place as a Chinese team. At the moment they are holding third place with a solid score. They aren’t moving up or down. Because if Invictus Gaming manages to take their spot. It will mean that Invictus is going to be the third-best team in not only one, but three esports. While there isn’t too much to tell about Team Aster, it is evident that they are one of the best Dota 2 teams in 2022. After three defeats, they are now on a five consecutive winning streak. If they manage to win against Team Spirit, then they will become #2. Therefore, the most exciting betting line at the moment is the Team Spirit vs Team Aster match.

If you are looking for the best DOTA 2 teams in 2022, then you are at the right place. Because Invictus Gaming is one of the most famous esport teams of all time. While they aren’t leading either category, they are showing solid dominance in every single esports game. The team was created by the son of the 10th richest man in ChinaWang Sicong. Their performance is as static as a team’s performance can get. They are a mysterious and unpredictable team. If they manage to defeat Team Aster, then their DOTA 2 career is going to skyrocket. This year is not about who is going to end up becoming the champion. Because this is clearly a fight between PSG.LGD and Team Spirit.

Royal Never Give Up

Royal Never Give Up is not one of the best DOTA 2 teams in 2022. But according to their most recent performance, they might become the best teams in 2023. They managed to jump up two spots in the rankings. Therefore, Royal Never Give Up has a promising future ahead of them. The team is also known for League of Legends, where they have a much better place on the rankings. 2022 might be the year where Invictus Gaming and Royal Never Give Up will face each other for the title. Because they are already contesting the title in League of Legends. Therefore, 2022 will decide which of the two is going to end up as the best multi-gaming team of 2022.

If you are interested in placing bets on the best DOTA 2 teams in 2022. Then you should visit Everygame Sportsbook. They are up to date with the latest DOTA 2 events, opening early betting for even late events. You can also find betting lines on the grandfather of DOTA 2, Warcraft 2 on their website. They are one of the most prestigious betting sites in the world when it comes to esports. Which team is going to close 2022 as number 1? Let your bets speak for you!