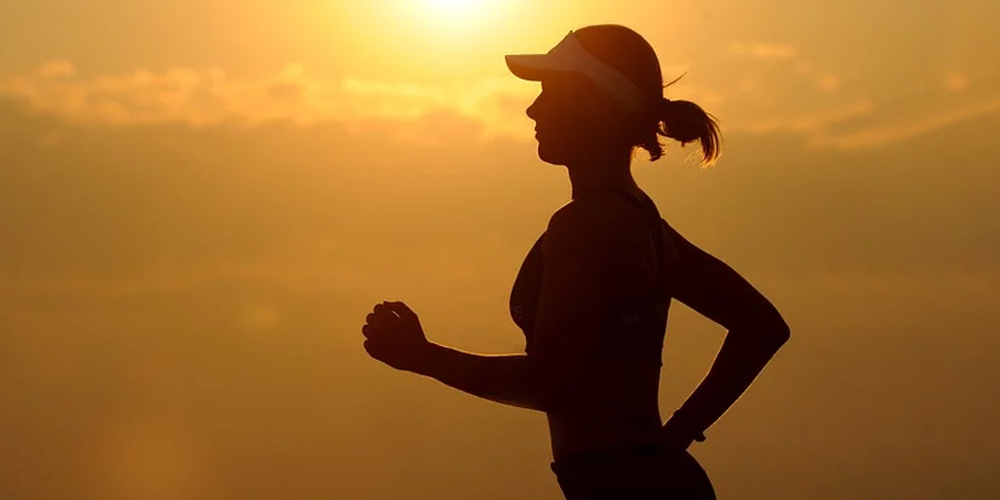 Just like in the men’s competition, there have been several great female runners in the last few decades. From traditional running powers like Ethiopia or Kenya to more special ones, like Romania or Great Britain. The best female distance runners in history have all won titles, set up new records, and helped the development of the sport.

Several female distance running events have become part of the Olympic program recently, but we can still find a great 5000m or 10,000m female runners in the sport. Shorter distances like 800m date back to a long history. It appeared first in the 1928 Olympics, though it was removed later and only returned back in 1960.  Now female runners are just as famous as men, with results not much behind the stronger sex.

We start the list with a very special runner, Zola Budd, who was a middle and long-distance runner. She competed in 3000m in the 1984 Olympics, but only finished 7th after a collision with big rival Mary Decker. Budd also won the world cross country championships twice. She competed in barefoot which made her even more special, just like her world record in the 5000m which she set up twice, in 1984 and in 1985.

Norwegian Ingrid Kristiansen was one of the best long distance runners in the 1980s. She won world titles in track, road and cross country, and held world records in 5000m, 10,000m and marathon. She was the only person to hold them at the same time. In the Olympics her best result was a 4th place in the marathon in 1984, which was the first marathon race in the history of the Games. Kristiansen won the world championships in 10,000m in 1987, her record in this distance was in place for 16 years.

Between 1991 and 1996, Chinese Wang Jungxia dominated long-distance running. She won first the world championships in 1993 in 10,000m then the 5000m in the 1996 Olympics. Jungxia held the world record in 3000m and in the 10,000m as well. The latter record was the first time when a female runner finished under 30 minutes. It was in place for 23 years and only broken by Ethiopian Almaz Ayana.

One of the greatest Romanian athletes, Gabriella Szabo was competing in 1500m, 3000m, and 5000m. She won Olympic gold in the longest distance in 2000 Sydney, while in 1500m she has a silver and a bronze medal. Szabo is also a three-time world champion both indoor and outdoor and still the European record holder of the 3000m since 2001.

The Kenyan runner is a four-time world champion in 5000m and 10,000m and also a four-time Olympic medallist.  Including gold in the 5000m from the 2016 Rio Olympics. She represented her country in four different Games between 2000 and 2016. The 36-year athlete won three cross country world championships as well and competes now in marathon running. She won the London Marathon in 2018, which will be held in October this year.

Dame Kelly Holmes won the gold medal in the 800m and 1500m in the 2004 Olympic Games as online sportsbook news in the UK was reporting. She only turned to professional sports in 1993, at the age of 23, and took silver in the 1994 European Championships in 1500m. Then she was struggling with injuries and came back to her best form in 1998. In Sydney she won her first Olympic medal, a bronze in 800m. After winning a silver in the event in the 2003 world championships, she reached the top in Athens.

We can find several Ethiopian runners in the best female distance runners in history just like in the men’s race. One of them is Deratu Turu, who won the 10,000m in two Olympics, in 1992 and 2000. She is still the only woman to win the event twice. Her gold in Barcelona was also the first gold medal won by an African woman. She continued in a similar fashion and won 35 gold, 12 silver, and 15 bronze medals during her career. Later she switched to marathon running where she also had successes, like winning the New York Marathon at the age of 37.

The Mozambique athlete specialized in 800m and won all her major titles in this event. She is a three-time world champion and an Olympic gold medalist from 2000 Sydney. Mutola is one of only four athletes to take part in six Olympic Games. And the only one to hold Olympic, World, World Indoor, Commonwealth, Continental Games, and Continental Championships titles. She is the coach of today’s greatest 800m runner, Caster Semenya who is a favorite in the next, 2021 Tokyo Olympics.

Paula Radcliffe was the world record holder in marathon running until 2019, but she was also a great distance runner as well. She was a European champion in 10,000m in 2002 and a silver medallist in the 1999 World Championships. Though in the Olympics she couldn’t win any medals, she finished 4th in 2000 Sydney. Radcliffe is probably one of the most famous female runners, thanks to her special way of running, and several victories at the world’s biggest marathon races like the London or New York Marathon. Online gambling sites in the UK are also offering odds for marathon races and possible new records, check all the odds on 1xBet.

Tirunesh Dibaba is the current 5000m world record holder, a three-time Olympic and a five-time world champion in 5000m and 10,000m. She won her first gold in the 2003 World Championships in Paris at age of only 18 and became the youngest world champion of the sport. The ‘Baby Face Destroyer’ was the first athlete to win the 5000m and 10,000m in the same event. While the Ethiopian athlete is one of only two women who could win the short and long course in the same World Cross Country Championships.