The 45th President of the United States is what is often referred to as a bit of a loose cannon, his wild lies, seat of the pants diplomacy and growing list of personal vendettas mean he's the least predictable leader the US has ever had, and the bookies online have been taking full advantage. So if you're in the US gambling news headlines about his involvement with Russia or hating the FBI are as weird as it gets, hold onto your hat, because bookmakers like Bovada have gone just a little bizarre. 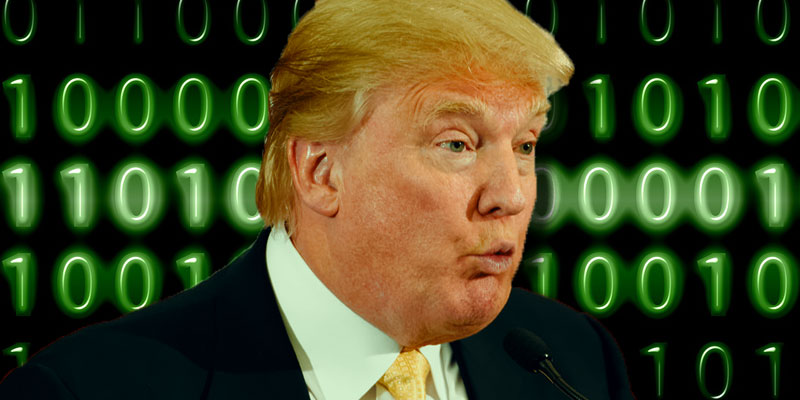 It began simply enough. Back in the summer of 2016 the range of Trump bets extended only as far as whether or not he’d win the nomination and then the election proper, and frankly neither seemed an entirely attractive wager, but once Donald J Trump had ascended to the White House and office of the President the number of options suddenly flourished and now boasts a whole spectrum of choice, as bizarre as could be desired by anyone who regularly takes advantage of liberalizing US gambling laws.

Now I know what you’re thinking, you’re thinking all these Trump bets are going to be about him getting impeached by Congress or incarcerated by Stormy Daniels or something, but apparently the bookies like Bovada have decided that with a president as unpredictable as Donald absolutely anything goes which is why you can hunt up an 80/1 wager on either Madonna or Michael Moore getting deported, 7/1 on the legalization of Waterboarding and 14/1 on the re-opening of Alcatraz as a prison.

The Donald Is 13/1 To Employ Sean Hannity This Year

They’ll give you 20/1 on Trump denying the existence of god, 25/1 on Trump converting to Scientology, and it’s a 33/1 shot that the Pope will excommunicate the current sitting US President. You can even fritter away your money on a 50/1 wager he’ll convert to Islam, which frankly are worryingly short odds among the Trump bets, especially as they’re the same as you can get on France asking for the Statue of Liberty back at bookies like Bovada, one of the best online betting sites in the US.

For those of you who like the X-Files you can get 20/1 on the President announcing the existence of aliens, and a weirdly slightly longer 33/1 on him opening up Area 51 to the public during his first term, although when it comes to first term Trump bets nothing is quite as tempting as the 3/1 you can find on his approval rating falling below 20% before 2020. This is in stark contrast to the 175/1 you can get on the President tweeting out the precise dimensions of his hands, which, honestly, is just plain silly.

Find All The Odds For Your Trump Bets At Bovada

Of course all of this is great fun, Trump bets have become a mildly amusing troll aimed at the White House and its occupants with many sites like Bovada joining in on the joke. There is no other possible explanation for professional bookmakers to be offering 500/1 on the White House confirming that the President’s wife, Melania, is actually a robot during the course of 2018, or why those that like to bet on sports in the US can back their President at 225/1 to buy an English Premier League team this year.

Perhaps funnier still you can get 500/1 on Donald Trump visiting North Korea and winning the DPRK Amateur Golf Open. Then again for those that prefer their political jokes more wry perhaps grabbing that 300/1 on the President giving all Mexicans duel US nationality is for you, or if you want to be more cynical with your Trump bets that 33/1 shot they’re giving on him meeting a KKK leader. Apparently just like the president himself these Trump bets can be anything you like.