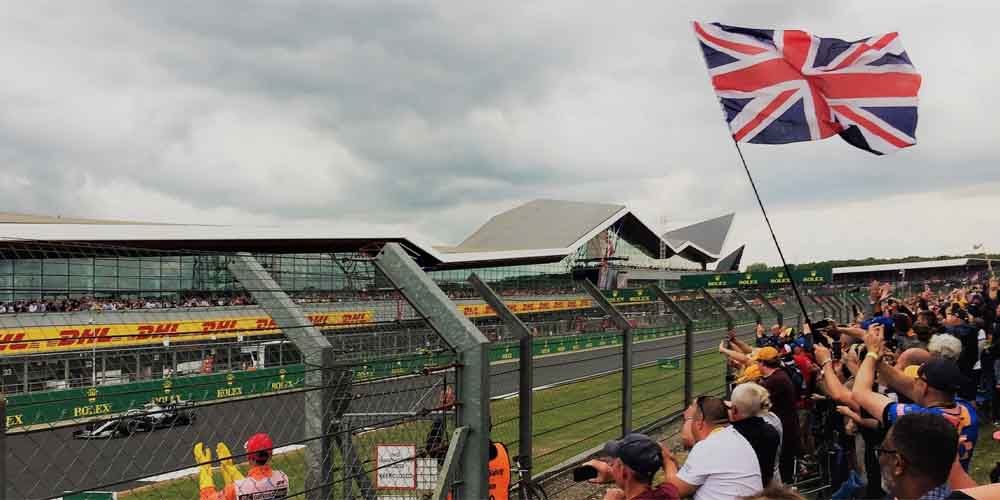 There will be not one but two races at Silverstone in the coming weeks. Another F1 doubleheader to fill the season with races, however repetitive. Well done FIA. The 2020 British Grand Prix betting odds, it will not surprise you to know, favor Lewis Hamilton. Online betting sites in the UK like Bet365 are offering just 4/9 on him winning. However before the lights go out and the engines go vroom, F1, and Lewis, have some issues to address.

World Champion Lewis Hamilton getting the best 2020 British Grand Prix betting odds should surprise no one. His driving with that Mercedes makes him almost unbeatable on track. Off-track it’s usually a similar story. Typically, Mercedes wrangle Lewis Hamilton closely so that he has no chance to put a foot wrong. They monitor and control his interactions with the press and public with the efficiency of the Stasi in its heyday. But these are no longer typical times.

Lewis Hamilton speaking up about racism was inevitable. Given his position, he could hardly ignore the Black Lives Matter movement. However, once he stepped out from behind the safety shield of the Mercedes PR department, he became fair game. People tend to care more about the 2020 British Grand Prix betting odds than the opinions of anyone driving in it. Those who bet on sports in the UK don’t care what sportsmen think until they start making it a matter of record..

This means that everyone lauds Lewis for speaking up about the evils of racism in Formula One. That it’s a sport so white you could lose it in a snowdrift doesn’t seem to matter. But having put his head above the parapet, other aspects of his thinking are now a target. Especially for a tabloid press starved of celebrity stories that don’t involve staying at home. This could even impact on the 2020 British Grand Prix betting odds. The UK tabloid press aren’t known for their restraint.

Just how much pressure they can place on Lewis is questionable. Certainly, it’s now more than usual. His supposedly accidental sharing of an anti-vaxxer’s video post was all they needed. He claimed he just wanted to highlight “uncertainty about the side effects” [of a vaccine] but who’ll listen? Those who take advantage of UK gambling laws regularly will know this is a red rag to a bull time. The 2020 British Grand Prix betting odds might favor him, but they’re all that do right now.

What makes this so lamentable is he had a point about the racism. The response from drivers before the Hungarian Grand Prix was lame at best. Their disorganization appearing quite disrespectful. Taking a knee and wearing a specific T-shirt before the race apparently beyond some of the drivers. When Lewis says F1 isn’t taking racism seriously, he’s probably right. It didn’t appear they were. It remains to be seen if they’ll be any more together at Silverstone.

One thing is for certain looking at the 2020 British Grand Prix betting odds, it won’t be an exciting race. Mercedes are too dominant for that. Lewis gets 4/9 and Valtteri Bottas 5/2 at online sportsbook sites in the UK like Bet365. Their nearest rival is Max Verstappen, at 8/1 giving him little hope. Worse still the Ferraris get 150/1 apiece to win. That’s terrible. No one will come even close to challenging the silver arrows. And then a week later, they’ll do it all again. Well done FIA.

We take a look at the controversies overshadowing the 2020 British Grand Prix betting odds which favor local hero Hamilton so much.