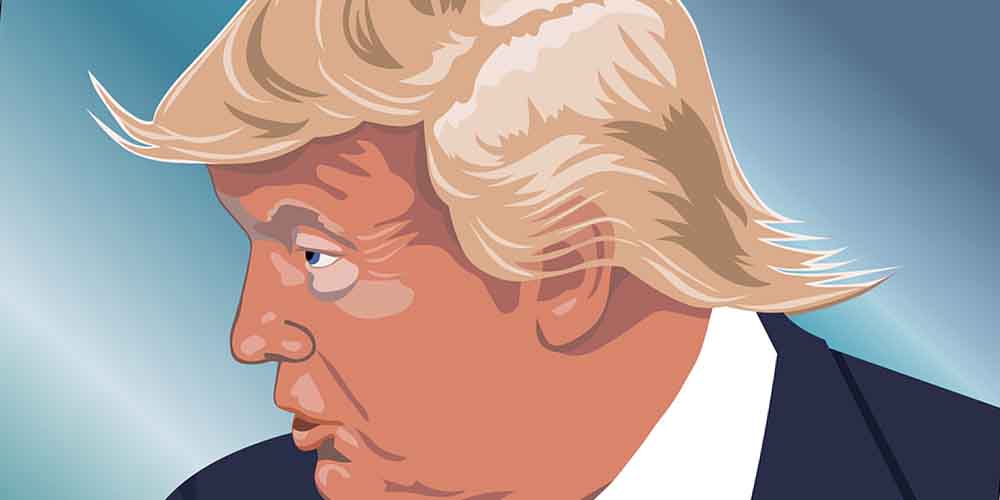 They say a week is a long time in politics. That means November is a lifetime away. In the final sprint to the White House, anything could happen. So, whilst, at present, a bet on Donald Trump losing the 2020 election seems a great idea, it may not be. Those polls could be wrong. Very wrong. Perhaps that’s why the odds on Donald Trump and the odds on Joe Biden at online betting sites in the US like Bovada are so similar. This election is a stride into the unknown.

You can’t blame the bookies like Bovada for their caution. After 2016 this is only natural. Lest we forget, Hillary Clinton was ahead in all the polls too. It appeared a bet on the Democrats taking the White House was a no-brainer. The odds on her were minuscule. Trump still won. It would seem the polls weren’t as accurate as everyone thought. The same could well be true now too. Which would mean a bet on Donald Trump losing the 2020 election isn’t as smart as it looks.

This is exceedingly counter-intuitive because at present a bet on Donald Trump losing the 2020 election looks obvious. Never has a present faced such a barrage of negative circumstance. Not only are their riots on the streets and a plague killing the populous, but there are more personal issues. His recent unscripted performances have lacked a certain polish. His ABC Town Hall appearance was a slow car crash. So a sensible bet on politics in the US would be against him, right?

Well, possibly not. Many pundits are beginning to wonder if the polls which merrily point towards a bet on Donald Trump losing the 2020 election, aren’t just wrong but flawed. The reputable pollsters rely, naturally, on strict methodology. This, in of itself, is not the issue. However, alongside this, they rely on people telling them the truth. This, these days, is a victory of optimism over human nature. Hammered in the media, Trump is now a dirty secret for some.

It is not fashionable to support Donald Trump. Those in the middle of the road leaning his direction are unlikely to admit it. They’re embarrassed. They don’t approve of Biden and bet on the Republicans to run the nation better, but won’t say so. To be a public supporter of Trump is to invite a barrage of judgment. So, a bet on Donald Trump losing the 2020 election could be based on lies. Fake views, if you will. It certainly explains the odds at online sportsbook sites in the US like Bovada.

Are The Poll Numbers Based On Fake Views?

Typically, with this much pressure on an already unpopular administration, the incumbent should be a long shot. However, right now, a bet on Joe Biden is going at around 20/23, and Trump is right on his shoulder at 20/21. This isn’t the gap you’d expect if those polls were correct. They’d be far more like those given in 2016 around now when Hillary was 1/3 and Trump 12/5. So apparently, the bookies like Bovada don’t trust the polls. Which means we probably shouldn’t.

With no polls we can trust, this election is a stride into the unknown. There’s no way to tell which way the all-important swing states will ebb. They could as easily go for Trump as Biden. It is simply impossible to know for sure, regardless of the pundit’s opinions to the contrary. So, before you rush off to take advantage of US gambling laws to bet on Donald Trump losing the 2020 election, take heed. Remember, the light at the end of the tunnel could well be a flame-thrower.

We take a look at why a bet on Donald Trump losing the 2020 election might not be as sensible as it appears right now.