Gambling in the Chinese Culture: What Do We Know About It?

News >Gambling in the Chinese Culture: What Do We Know About It? 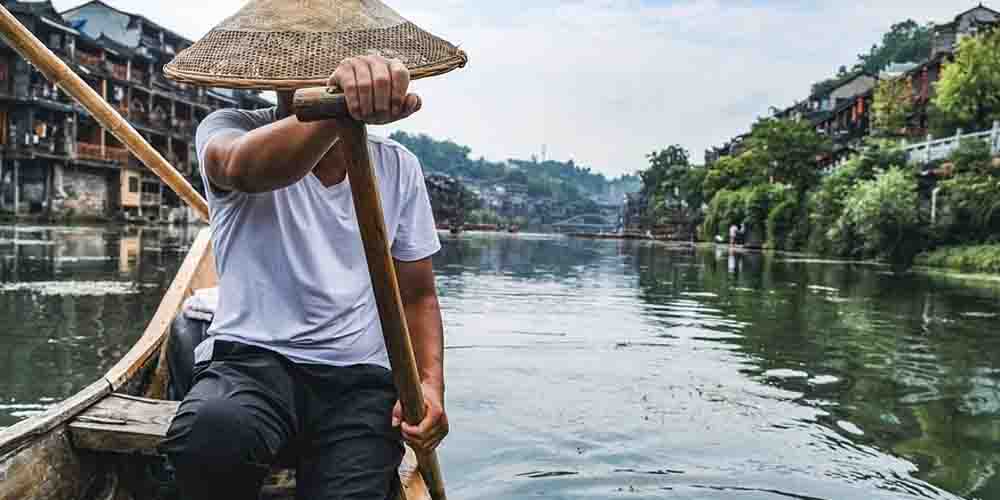 The history of China tells us that the Chinese have been one of the most gambling nations since ancient times. Many gambling games originated in this country. Moreover, some of them were able to survive in our times without losing their popularity. According to some sources, there is information that the first card games appeared in China and were invented by ordinary soldiers. Initially, the cards looked like small cards on which various pictures were depicted. In this article, we will discuss gambling in Chinese culture.

Even though in other cities of the Celestial Empire casinos are an illegal business, people have come up with a way out. Gambling houses are directly on sea liners, which every week recruit gambling enthusiasts from all over the country in port cities and go to neutral waters. Thus, here the law can no longer overtake violators. Such ships are very popular with both tourists and residents. Besides, there is an opportunity to visit online casinos in China.

History of gambling in China

Such predilections in China have a very long and eventful history, which has preserved a lot of interesting documents. The first records of gambling in this country were made during the reign of the first dynasty. Therefore, it means that they are at least 4,000 years old. China gave the world not only gunpowder, paper, and other practical inventions, but also entertainment such as:

Beginning in the seventh century AD, there have been numerous organizations operating in China for several centuries that opened establishments for gambling. The richer the people became, the more gambling houses appeared. In the fourteenth and seventeenth centuries, this business was respectable and brought in significant profits. Often, representatives of the criminal world were involved in it, with whom corrupt officials collaborated. Meanwhile, in the second half of the nineteenth and early twentieth centuries, Shanghai was the center of gambling in China. Indeed, it attracted players from all over the vast country. Even then, large casinos appeared there, where it was possible to place bets in many local and foreign games. Similar establishments were in the Shanghai French Concession and the Shanghai International Settlement.

In the middle of the 18th century, the Portuguese government made gambling legal in Macau. Later, as a result of the civil war, a communist regime reigned in China. It put an end to all gambling establishments in the country. However, in Macau, they continued to operate. So What Do We Know About Ancient Gambling? People were interested in making money and taking risks all the time. And even today you can visit the King Billy Casino and hit a real jackpot!

Gambling in the Chinese culture today

How are things going in the gambling business in China? Let’s highlight the key milestones in history. When Macau became part of the People’s Republic of China in 1999, there were no changes in the gambling legislation. Since 2002, foreigners have received the right to open gambling establishments here. Macau currently has over thirty casinos offering dozens of games, making it the only place in China with legal gambling houses. In 2010, about twenty-five million people visited Macau, and more than half of them played in the casino. Legal lotteries operate practically throughout China; in Macau and Hong Kong, you can place bets on the races. Moreover, many Chinese take short-term boat trips to play in the onboard casinos on these cruises.

Indeed, to understand the reason for such a love of the Chinese for excitement, it is not enough to turn to history. The study of this question requires an examination of the culture of China. It should be said right away that we are not talking about encouragement from the authorities. The most prominent figures of these people did not approve of gambling, considering it a waste of time and a threat to public order. Therefore, the rulers, who found it extremely difficult to manage a huge empire, always tried to control gambling and even often banned them. The philosophical views of the Chinese were formed under the influence of Confucianism, Taoism, and Buddhism. Therefore, they pay a lot of attention to the influence of higher powers.

Chinese players, to a greater extent than Westerners, believe in fate and luck. For them, various amulets, the arrangement of objects (remember Feng Shui), dates, and numbers (the famous numerology) are very important. Unfortunately, it can create the illusion of control over the situation. Thus, it often leads to gambling addiction. Indeed, addiction to gambling in Chinese society is not considered a mental illness. They consider these people bad from a moral point of view, and few will feel sorry for them, as is customary in Western countries.

It is also worth taking into account the social factor, which had a significant impact on the psychology of the Chinese. In recent years, millions of people in this country have overcome the difficult path from poverty to stability and even prosperity. As you know, yesterday’s poor man, who managed to get rich quickly, very often wants to show the whole world that he can throw money left and right. This is why many Chinese people claim that they play purely for fun.

Gambling in the Chinese culture: Campaign against casinos

It should also be remembered that the absence of a casino in some areas does not mean that the inhabitants of this region do not gamble. For example, real-stakes mahjong has been played across the country for centuries. This game is considered a great gymnast for the mind, useful for old people, and great fun for all sorts of parties. Moreover, they even play at weddings and commemorations. Although Macau’s gambling business is booming, the Chinese government does not support the idea of ​​allowing casinos in the rest of the country. Moreover, it is actively shutting down existing online casinos. In 2010, the activities of many such establishments were terminated. Besides, the authorities seized almost one hundred million dollars from Internet gambling operators.

However, the government did not stop there and began to work on sites that provide information about online casinos and contain links to them. Such a policy does not leave any chance for Chinese fans of such entertainment. Thus, they practically destroyed this industry in the country. Even foreign operators do not risk offering their services to Chinese citizens. However, there are still some online gambling sites in China that provide all kinds of entertainment. Learn more about Gambling Games From Asia You Should Try.

Indeed, gambling in Chinese culture has existed for centuries. Thus, it is unlikely that someone or something will be able to force this nation to give up this hobby. Nowadays, walking along the streets of any major city in China, you can often find establishments that provide the opportunity to place bets on horse races, participate in a lottery or play slot machines. However, in the country as a whole, the opening of a casino is legal only in the city of Macau.

This area, by the way, is considered the largest gambling center in Asia and can even compete with the world-famous Las Vegas and Monaco. Hundreds of tourists visit Macau casinos every day, hoping to catch their luck and win a big sum. The gambling business brings huge profits to the region. Thus, it thrives and stands out against the background of other administrative regions of the country. Besides, the King Billy Casino is always there for the Chinese players.