Jennifer Abel Will Ignore The Green Pool To Go For Gold 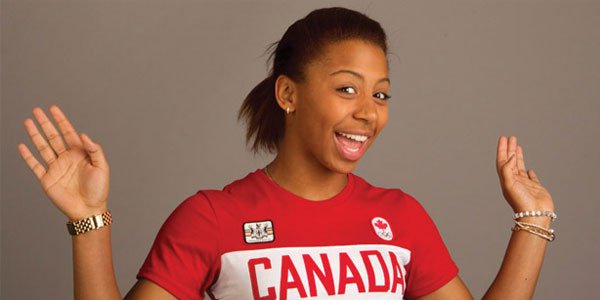 This Sunday it’ll be all eyes on the diving pool as the Women’s 3m Springboard competition finally decides who takes home that precious Olympic gold medal, but will it be Canada’s Jennifer Abel at her third Olympics?

In yet another of the Olympic sports that revolves around an activity the rest of us might consider best only employed in emergency situations of dire need the world of Diving involves jumping from height into water and, perhaps dissimilar from your leap from a burning building or sinking ship, doing tricks on the way down. It is hugely popular and this Sunday the Rio 2016 Women’s 3m Springboard final will see the cream of the competition splash off against each other but can Jennifer Abel get gold?

Diving has a long history at the Olympics dating back to St Louis 1904 although whilst the Men’s 10m Platform event might be familiar to today’s divers it seems unlikely the “Men’s Plunge For Distance” competition held just once the same year would spark even a moment’s recognition. The women’s events which were begun at Stockholm 1912 have been part of the games ever since and Jennifer Abel is no stranger to the Olympic pool, but should you back her if you like to bet on sports in Canada?

Rio 2016 Could Be Jennifer Abel’s Moment

Jennifer Abel first appeared at the Olympics for Canada in Beijing 2008 aged just 16, and the experience stood her in good stead as she evolved a partnership with Emilie Heymans on the Grand Prix circuit whose experience helped Abel grow as a diver. In 2010 that growth was demonstrated when she got two golds and a silver at the Delhi Commonwealth Games, and two years later, aged 20, she got a bronze at London 2012 with Heymans. It’ll be a result she’ll want to improve upon in Rio 2016.

Competing in the Synchro events with Pamela Ware she got a silver at the 2014 Commonwealth Games in Glasgow and got gold in the Pan American games just last year in the individual event and got silver with Pamela in the Synchro 3m springboard event which puts her on a great trajectory for a medal at Rio 2016. This means its probably well worth taking advantage of Canadian gambling laws to check out Bet365 and put a little wager behind Jennifer Abel as she looks to win her first Olympic gold.

Can the Canadian bring home the gold medal in Rio? (photo: cbc.ca)

Of course this being Rio 2016 the diving has already produced controversy from the British press forgetting that Tom Daley had to have a partner (Dan Goodfellow) to get his medal in the Synchronized diving and pretty much ignoring the less famous of the two in their coverage, to the rather disturbing discoloration of the pool. Whilst the swimmers still have crystal clear water, the diving pool has now slowly turned a rather murky green, and Jennifer Abel will have to hope it’s just algae, and in Rio that’s optimistic at best, frankly.

Still Jennifer Abel has every right to be optimistic despite Bet365 giving her just 12/1 to win gold as she goes up against the Chinese favorite Shi Tingmao (getting just 1/ 2) her countrywoman He Zi, who gets 8/5 whilst the exceedingly experienced Tania Cagnotto ranks alongside Abel on 12/1 and Maddison Keeney is the outside bet on 25/1. Naturally Abel herself won’t be the only Canadian gambling news on Monday morning will be of her winning gold, and at those odds it’s worth a punt.