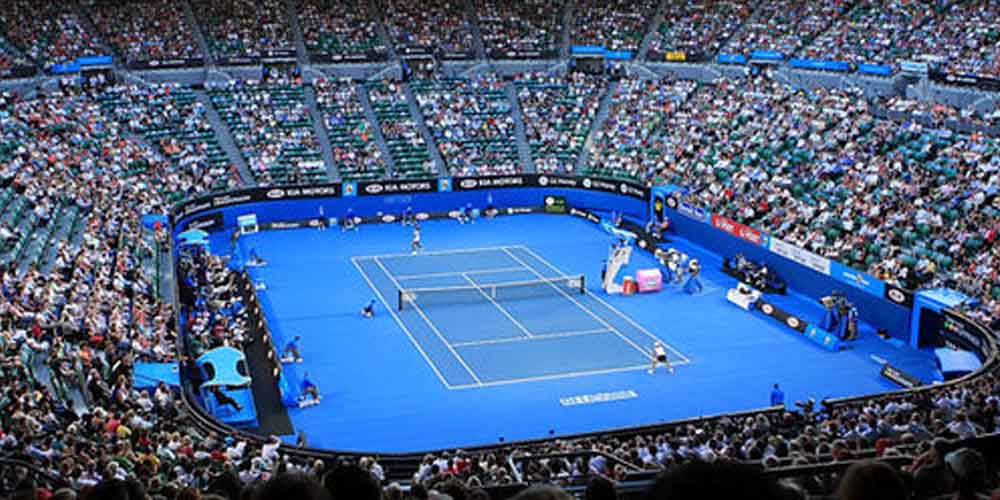 Despite the current situations, the organizing process Australian Open is still going according to the plan. Now that the US Open 2020 is over, tennis enthusiasts have already started to work on their predictions on the Australian Open. In order to help you make your list as accurate as possible, here are some of the odds on Australian Open women’s singles.

It’s common to see the first time wagers going for the men’s court and ignore the women’s games. However, the professionals know that it’s the biggest mistake you can make when you’re placing a bet to win. The number of people betting on women’s singles is less than the men’s. This alone can give you much better odds on winning than betting on men’s matches. Even though largely and unfairly ignored, studying the odds on Australian Open women’s singles can be surprisingly beneficial for you.

What is the Australian Open and why should you bet on it?

Australian Open is a world-known tennis tournament that takes place in Melbourne, Australia. It’s one of the four Grand Slams, which are basically the four biggest tournaments in the tennis community. Australian Open starts usually at the end of the second week of January and precedes for two weeks. Taking place in January, it marks the beginning of the new tennis season for both the athletes and fans. French Open, Wimbledon, and US Open then follow, in this order.

Founded over 100 years ago in 1905, it’s one of the most prestigious events for tennis enthusiasts. Out of all four slams, the Australian Open is the most attended of all. It has the popularity of coming over challenges to keep the game going. They were the first ones to hold the event indoors during the extreme weather. Even last year, when most of the sports events were sadly suffering from a loss and had to cancel, the Australian Open had over 800.000 visitors. This year, the number is expected to only grow.

With the world’s top athletes competing for one title, it might be hard for even the experienced fans to profitably place the bets, let alone the new wagers. Luckily, we have the online sportsbooks in Australia to help us in this case. With only around three months left until the game, the online gambling sites in Australia have already started drawing out the odds on Australian Open women’s singles.

It’s no surprise that Ashleigh Barty is the first on the list of winning odds on Australian Open Women’s Singles 2021. According to the Women’s Tennis Association, she is the best women’s singles tennis player in the world. Only 24 years old, she’s notorious for being multi-talented. Before sitting on the top of the list of tennis players, she was one of the top cricket players. Lately, her interest has been turning into golf and, what do you know, turns out she’s pretty good at that too. Like, winning the Queensland golf title good.

Unfortunately, she skipped both the US Open and French Open this year. Her last competitive match of this year was in February during the Qatar Open. However, in the recent interview, she has promised to come back to the Australian Open and is really much excited to do so. According to the bet365 Sportsbook, she has an odd of 8/1 in winning the title.

After her failed attempt to defend her title as an Australian Open winner in 2020, Naomi Osaka was visibly disappointed. 15-year-old American star Coco Gauff has eliminated her from the tournament. However, her outstanding performance in the US Open has convinced the bookies that she’s ready to defend her title this year.

She’s second on the list of winning odds on Australian Open Women’s Singles. The Bet365 Sportsbook has odds of 9/1 for her. Considering that she’s a 3 time Grand slam winner with 6 singles’ title who’s in her possibly the best form, it’s safe to say that the numbers are quite suiting.

If we’re talking about the winners of an Australian, then we have to bring Serena Williams to the conversation. She has won a total of 13 Grand Slam titles, highest in the Open era. 7 of them are from the Australian Open. The professionals are predicting that her best years are probably behind her now that she’s 38 years old. Especially after the three consecutive losses in the Australian Open, the critics are sensing that the end is coming near. However, her impressive performance throughout the year has been proving them otherwise. That’s why she has a 12/1 winning odds on Australian Open women’s singles.

As for Bianca Andreescu, a young US Open champion, she has odds of 12/1 in the bet365 sportsbook. She has missed the Australian Open last year due to knee injury and has recently announced that she will skip the rest of the season. She hasn’t played in any competitive game since her knee injury last October. In a recent interview, she has announced that she’ll be focusing on her game more so that she can come back stronger next year. That means that the Australian Open will probably be one of the first tournaments she’ll enter after her recovery.

Where to bet on Australian Open women’s single?

Even though the odds on Australian Open women’s singles usually turn out to be accurate, we can’t rule out the potential interferences. Tennis is a sport full of surprises. The latest example is the disqualification of Novak Djokovic from the US Open. Despite being the first on the list of the potential winners, he didn’t even get to finish the tournament. He hit the line judge on the neck with the ball he threw to the side out of frustration. That’s got to be one of the most costly technical fouls of all time in the tennis history.

So, the best thing us wagers can do is to follow the game as close as possible. That’s where bet365 sportsbook comes to the picture. Along with the best odds any online sportsbook can offer, they also let the users stream any game they’ve bet on. In order to take advantage of this opportunity, you need to have an account on bet365 and have made at least one deposit. Also if you turn on the notification for the odds on Australian Open Women’s Singles, you’ll get a notification when something changes.